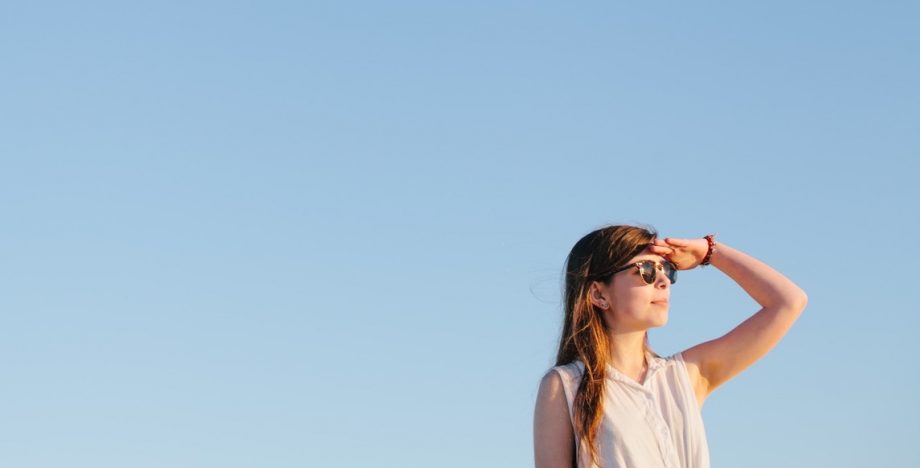 Five women who reinvented themselves (and the world)

WE WERE BORN for reinvention — to remake our lives, to bring back and revive our true purpose and potential. We are here to be changed and to make change, not remain static.

The path to reinvention can take many forms: from listening to an inner voice, to recognizing an unexpected opportunity, to challenging and overcoming either self-doubt or the status quo.

We are happier when we’re making progress, learning and growing.

Reinventing doesn’t mean devaluing or eliminating all that came before you. In fact, all of the decisions, insights, struggles, triumphs, achievements, and disappointments have made you the valuable person you are, and even qualify you for the next step in your reinvention.

Reinventing doesn’t happen in a day. It happens one day at a time.

If you are feeling the urge to reinvent, here is some inspiration from five powerful women in business who reinvented their careers and lives:

Gretchen Rubin is a best-selling author and host of the popular podcast “Happier.”

Rubin went to law school where, she says, she “drifted” into a career in law, although she dreamed of being a writer. She even clerked for Supreme Court Justice Sandra Day O’Connor.

One clue that sparked her to reinvent her career was the envy she felt while reviewing her law school alumni magazine. She was not envious of those who were highly successful lawyers — she was envious of those who had become authors. She decided to start writing, realizing that she’d rather “fail as a writer than succeed as a lawyer.” Eventually, this led her to her find an agent and to write her first book Power, Money, Fame, Sex: A User’s Guide.

She now has two children, three bestsellers (Better than Before, Happiness at Home and The Happiness Project, which spent two years on the bestseller list) and a wonderful podcast. In a talk she gave, she said that her professional reinvention allowed her to finally find (and be) her true self: “Leaving law to become a writer is the most important single step that I’ve taken in my entire life to become Gretchen.”

Key takeaway: After years of downplaying it, she listened to her inner voice and acted on it.

Betsy and Emily are the co-founders of Sword and Plough. Raised in a military family, the Núñez sisters were surrounded by people who inspired them.

Emily chose a career in the military, and during her sophomore year in college at then United States Army Airborne School, she noticed how frequently military surplus, such as tents and sleeping bags, were thrown out. In her senior year as an ROTC cadet at Middlebury College, she learned about Jacquelyn Novogratz and her nonprofit Acumen — a global fund that uses entrepreneurial approaches to fight poverty. This sparked a thought: wouldn’t it be great to use that surplus for something else, like fashion?

Over a beer, Emily casually mentioned the concept to her sister Betsy, which sparked the development of the idea and the birth of their company Sword and Plough, which works with veterans (from product concept to order fulfillment) to repurpose military surplus fabric into fashionable bags.

These women and their company have gained much recognition (they were named to the Forbes 30 under 30 this year) and numerous accolades for their ingenuity.

Key takeaway: They acted on an idea.

Co-founder of Eventbrite and a mom of two, Julia was working as a TV exec on productions such as The Shield and Rescue Me when she noticed that people needed a way to sell tickets to their own events. While pregnant with her first child, she and her husband Kevin Hartz decided to launch Eventbrite, which has now sold tickets for over three million events with revenue of $350 million. They worked side by side in cramped quarters, Julia focusing on operations and customer experience while Kevin worked on the product.

Julia told the LA Times, “What I learned in those first six months is that this was opening up a part of me that had always been there. It was part of the reason that I didn’t love school, because I love to learn by doing,” she said. “We never sat around and theorized. We just started building.”

I personally relate to her story, as my husband Phillip and I co-founded webMethods in our basement, which we grew from a startup to $200+ million in revenue and 1,100 team members worldwide.

Key takeaway: Learning by doing is one of the best ways to reinvent your life.

Author of the Harry Potter Series, Rowling’s story is already legendary: she was a single mom, and wrote Harry Potter in longhand while sitting at cafés, as her baby slept in her stroller.

What most people may not realize is that she began the book in 1990 (after the idea came to her in full form on a four-hour train ride). By 1993, she had only written the first three chapters of what would become Harry Potter and the Sorcerer’s Stone.

In the interim, life happened: she got married, had an infant daughter and divorced. She was depressed and had to go on welfare. She finally finished the book in 1995 and, after several publishers rejected it, it was published in 1997. The rest is history.

In her 2008 Harvard commencement speech, Rowling said, “Failure meant a stripping away of the inessential. I stopped pretending to myself that I was anything other than what I was, and began to direct all my energy into finishing the only work that mattered to me. Had I really succeeded at anything else, I might never have found the determination to succeed in the one arena I believed I truly belonged.”

Key takeaway: Her failures gave her the freedom to not give up.

The capacity for reinvention is not limited to the extraordinary; each of us possesses that potential. From these five inspirational women in business, we can learn that the first step is often to listen to our inner voice, and then act on our ideas.

I’m a serial entrepreneur (from my basement to the Nasdaq) and Founder & CEO of Pocket Mentor. I serve on several public (Nasdaq) boards and am a speaker, author, and member of the Board of Women in Technology’s Leadership Foundry.

I created the Pocket Mentor mobile app to provide aspiring leaders with daily advice, tools, and action plans to win at work, succeed in life and enjoy it.

I would love for you to download the free trial of Pocket Mentor, now available in the App Store (and receiving 5 Star Reviews)! A portion of profits goes to Year Up, connecting low income young adults who need opportunity with companies who need talent.

You can also visit my blog and sign up to receive my free career advice eBook, 5 Ways to Add Value and Move Ahead NOW!

This article previously appeared on Take the Lead and LinkedIn Pulse.