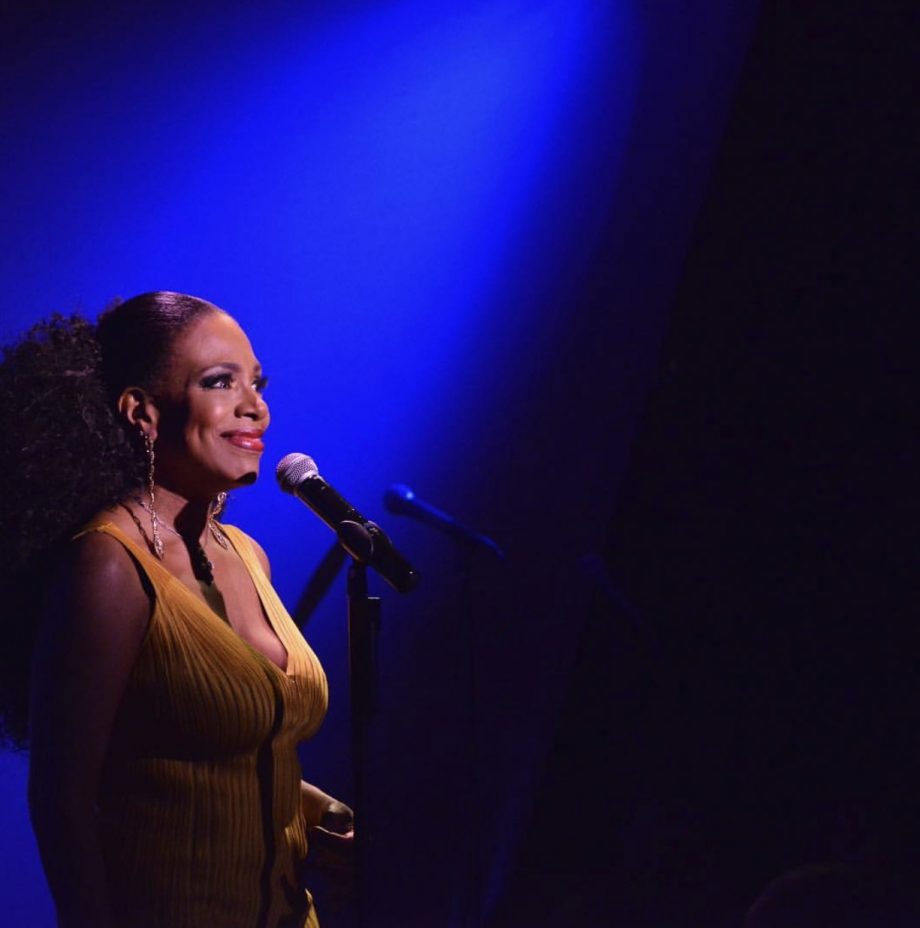 TO PUT INTO words the extraordinary light and vision that is Sheryl Lee Ralph is not easy. A singer, actress, humanitarian and activist, Ralph has been performing for decades; and in her cabaret show, A DIVA Simply Singing, that premiered this summer at New York City’s Metropolitan Room, she bares her soul to the audience. While always living up to her title of true “DIVA,” there is a humility and vulnerability that Ralph shares with the audience that I’ve never seen with other artists. (There is also a completely different definition of “DIVA,” so read on!)

Ralph’s show begins in her early years on Broadway where she starred in the short lived musical, Reggae. There were only twenty-one performances. On the night when the closing notice was posted, there were all of 16 people in a theater that seats sixteen hundred. She learned a valuable lesson: “You never know who is sitting in the audience; when performing for sixteen, perform as if there were sixteen hundred.” After the curtain call, Ralph was approached by a man who told her she was good – the show… not so good. He invited her to a casting call and good thing she went. Sheryl got the lead in what would become the iconic Broadway smash hit Dream Girls. She played the featured role of Deena Jones, the character loosely based on Diana Ross of the Supremes.

Ralph interweaves stories like these throughout her show and takes her audience on a journey between story and song. We follow her through the highs and lows of show biz and learn how she came to be one of entertainment’s biggest and most vocal HIV/AIDS activists. At a time when HIV/AIDS was being called a “gay disease,” Ralph took a brave step and stood up for a community that was being decimated by the virus and did not have a voice. When industry professionals warned her that speaking out for the gay community could be suicide for her career, she persisted. She persisted because she knew it was simply the right thing to do, no matter how unpopular.

In 1990, Ralph established The DIVA Foundation and presented DIVAS! Simply Singing as a loving memorial tribute to the men and women who lost their lives to HIV/AIDS. For the past twenty-four years Ralph has been steadfast in her support to raise awareness and educate people about prevention. When Sheryl dedicated “I Dreamed a Dream” from Les Miserables to those who lost their fight, there wasn’t a dry eye in the room. There is a light and sincerity in her words and one can truly understand how this woman is “Divinely Inspired and Victoriously Aware (DIVA!)” – the acronym for her foundation. The amount of love in the Metropolitan Room that night was palpable.

This show needs to be seen by more people and should go on the road. I felt that Ralph connected to me on a deeply personal level. I never would have thought that a cabaret show could bring me to tears three times in one night. There was such an outpouring of support from her family, friends, and most of all, her fans!  It is my hope that Ralph’s voice is heard by more, not just on Broadway but throughout the world. She has a story to tell at time when the world needs to hear it. It is inspiring and uplifting, and it reminds us that despite our struggles, there are people out there continuing to do good work day after day, making a difference in people’s lives, and effecting positive change. Ralph is a unifying force and any show that has the power to make you laugh, cry and find a way to help heal your soul and inspire you to action should be seen by more. I felt that I was one of the very privileged ones that night and I hope more people get to see the gift and light that is Sheryl Lee Ralph – A DIVA Simply Singing!