Lori Sokol, Ph.D., Executive Director of Women’s eNews
Theatre aimed at empowering minorities in Eugene opens with “Having Our Say” 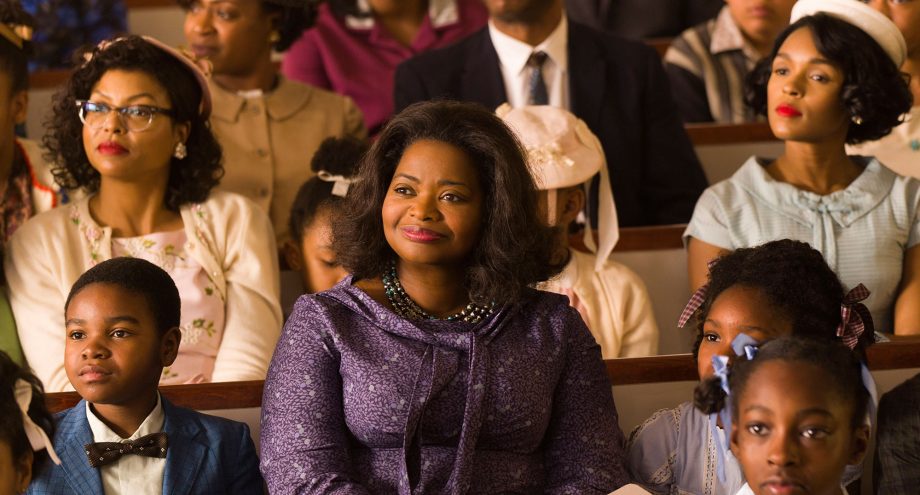 A Feminist Contrarian’s Take on the Oscar Nominations

IT’S LATE, I know, with the Oscars moments away, but I have some last minute thoughts I need to share about some of this year’s Oscar nominations. Full disclosure, there are plot spoilers ahead.

First off, I thought Best Actor Nominee Casey Affleck’s character, Lee Chandler, in Best Picture Nominee Manchester by the Sea was a petulant man-baby. He helped to bring disaster on himself by refusing to grow up and then spent the rest of the film continuing to refuse to grow up. He picked fist fight after fist fight in bar after bar, walking around sullen and surly, obviously in desperate need of therapy or AA, but failing miserably to take responsibility for himself, much less for the struggling and grieving teenage nephew left by Lee’s dead brother to his care.

I don’t get where in Elle we saw Best Actress Nominee Isabelle Huppert as Michele, victim of a violent rape by a masked man, “turn the tables on her attacker,” as reviews promised. I saw her fantasize doing that; I saw her raped again by the same guy, who she valiantly manages to unmask; then later, I saw her take this guy down to a boiler room and voluntarily have sex with him. He slugs her, she slugs him back, then he slugs her again and again, more and more viciously while they continue to have intercourse, until he comes, stands up, and she either has an orgasm or a convulsion down there on the floor.

Her consenting to that violent sexual scenario was supposed to what, be a way to get back at him? Are we to assume this guy — who, when she asks, “Why?” could only reply, “Because I had to” — won’t ever come back to rape her again or another unsuspecting woman just because this one time she gave her consent? To her credit, she does smash his car window with a crowbar. But she never reports him to the police or considers that it might be a good idea to get him off the street. I don’t know what aggravated me more: Paul Verhoeven’s film itself or the reviews that misread the whole damn thing.

Oscar-nominated La La Land was fun. I loved the colors, the opening number with all the people jumping out of their cars on the freeway to sing and dance, and that it didn’t have a standard happy ending. But I found the scene with the very white Sebastian (Best Actor Nominated Ryan Gosling) defending the purity of jazz to his black musician sell-out friend Keith (John Legend) cringe worthy. And while the singing was subpar, the dancing was an abomination. I didn’t find the limited abilities of these two fine actors (Gosling and Oscar-nominated Emma Stone) to sing or dance with aplomb at all endearing.

And really, no best actress nomination for Annette Benning? In 20th Century Women, she was a funny, maddening, ornery, inscrutable, exhausted, wry, captivating, and wise crone. Played by Benning without an iota of pretense, she fully inhabited her own lived-in body, capped with that short, messy grey hair. I loved the way she mothered her son Jamie (played with heartfelt enthusiasm and bewilderment by Lucas Jade Zumann). And though the title of the film was 20th Century Women, it was just as much about that 20th century boy growing up in the orbit of a handful of a few other fascinating 20th century women.

But let me get back to Manchester for a minute. Affleck did give a great performance. But I think another of the best actor nominees, Denzel Washington as Troy Maxen in Pulitzer Prize winner August Wilson’s Oscar-nominated Fences, outdid him. And while the two men have great acting in common, the two characters have something unfortunate in common too. Both of these men in their own ways took out their heartache, rage, and disappointment on others — Lee on pretty much everyone he came in contact with, and Troy ruthlessly on his son and wife, played brilliantly by Best Supporting Actress Nominee Viola Davis.

It was Lee’s self-absorption, immaturity and carelessness — leaving three small children, including an infant, and his exhausted wife alone in the house in the middle of the night with an untended fire ablaze in the fireplace — that led to his lifelong heartache. Troy suffered from the terrible racism in 1940s America, but then he harangues his wife, fathers a child with another woman during his marriage, brings the baby home to be raised by his wife, and in one scene nearly murders his son.

We are expected to be angry and appalled by the actions of these men, but in the end, they are the “tragic figures.” It is their long suffering wives (even dictionary definitions accord “long suffering” to women) who are expected to rise above their terrible circumstances and turn those circumstances into something positive for themselves and for their men, which they ultimately try to do.

Compare the portrayal of these men to the inspiring true story of the women mathematicians featured in Oscar-nominated Hidden Figures, women who succeeded against great odds — in a deeply segregated NASA, at a deeply segregated time in American history — in helping to launch John Glenn into space. Based on a screenplay by this year’s Oscar-nominated Writer Allison Schroeder, adapted from Margaret Shetterly’s book, the film portrays the onslaught of insults these women faced every day — the colored computer room, colored bathrooms, colored schools, colored library, even a colored coffee pot, so labeled by the coworkers of Katherine Johnson (played with mindboggling restraint by Taraji P. Henson, mysteriously not Oscar-nominated) who were loathe to use the same receptacle.

These women had hard lives too, but you don’t see them taking out their pain on everyone around them, smashing their fists through walls or into other people’s faces. You get a palpable sense of lives brutally constrained, but also the perseverance, patience, courage, humor, and great faith it took for them to succeed.

I enjoyed Arrival, another best picture nominee, because I’m fascinated by what might lie “out there,” and I love that the woman at the center of this film — a linguist (Amy Adams) whose skills are desperately needed to communicate with beings from another world — is smart, brave, relentless, and doesn’t primp. Oscar-nominated Jackie was painful to watch (and listen to, as Best Actress Nominee Natalie Portman tried to capture Jackie’s odd intonation). But the film’s focus not on Jack’s death or the American experience, but on what Jackie actually went through was fascinating. Also, Mica Levy received a nomination for best original score for Jackie, the first woman nominated in this category since 2000.

Ava DuVernay — the only woman of color ever nominated for an Oscar for a feature film, Selma — was nominated this year for her documentary on mass incarceration, 13th, a shockingly revelatory rewrite of the history of crime, punishment, and race in America.  And while I’m here, I have to say how great the first season of DuVernay’s OWN series Queen Sugar was. A family saga of a black-owned sugar plantation in modern day Louisiana, it moved from slightly melodramatic to sharp-edged political history in one season with great performances all around.

Thankfully, this year we are not seeing #OscarsSoWhite. More people of color were nominated than in any other year in Oscar history, including three African-American women for Best Supporting Actress for the first time ever. But for women behind the scenes and for women’s stories, the picture remains grim, according to a recent Women’s Media Center analysis.

While Moonlight co-editor Joi McMillan became the first African American woman ever nominated for film editing and, as noted, a woman received a nomination for best original score for Jackie, overall, women did abysmally in the non-acting categories. Eighty percent of all nominations in those categories went to men.

More than twice as many male producers (21) were nominated for Oscars as female (9), and only one female writer received an Oscar nod (Schroeder for Hidden Figures). For the seventh consecutive year, not a single female director is being considered for a Best Picture Oscar, and only one woman, Ava DuVernay, is up for an Oscar for a documentary. No break came in the record of zero women ever considered for a cinematography award, despite the fact that this year, two Best Picture nominees had female cinematographers: Charlotte Bruus Christensen for Fences and Mandy Walker for Hidden Figures.

So here we are in 2017, perceiving the world through this enormously influential medium almost entirely through the eyes of men. Clearly, for film to achieve its highest potential and reflect our world back to us more deeply, more fully, and more fairly, we still have a long, long way to go.