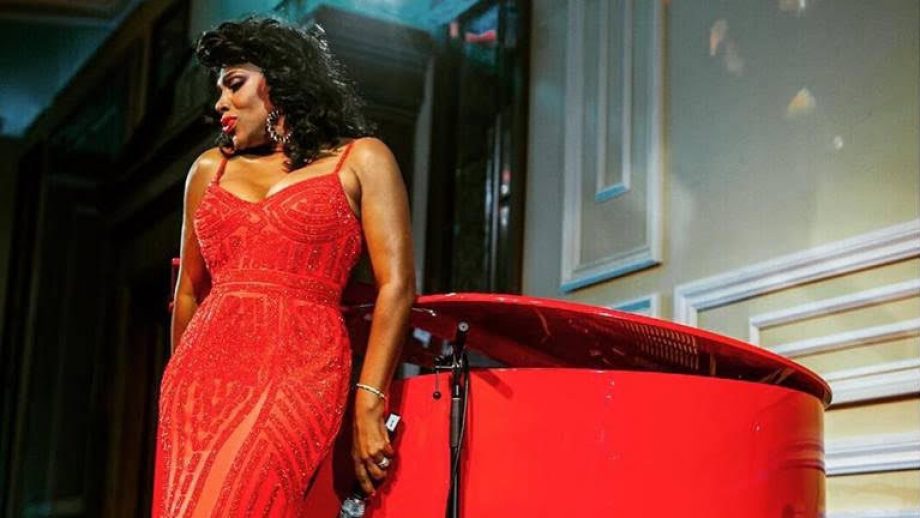 I truly believe that things happen for a reason – that it’s more than sheer coincidence when people are brought together.  Two years ago, I wrote a piece for the CWCW website about a “creative woman” named Sheryl Lee Ralph who left an indelible mark on me after I saw her one woman show “A Diva Simply Singing.”  A few weeks prior, I was with a group of some twenty people who came together for a table reading of a friend’s new musical. I happened to sit next to Sheryl who was finishing her run as Madame Morrible in Wicked.  We struck up conversation.  Sheryl asked for my card and said, “We are going to be friends.”  I thought to myself why on earth would she want to be friends with me?  Turns out the the stars aligned and she was a woman of her word!

Since our first encounter, I have gotten to know this Divinely Inspired Victoriously Aware (DIVA) who lives her truth and has single-handedly impacted the lives of thousands.  Sheryl has a strong sense of self, but at the same is self-effacing – a combination that has had a profound effect on me and those she meets.

I saw this first hand at her annual Divas Simply Singing fundraiser in Hollywood.  For the past 28 years, Sheryl’s been raising money for causes related to HIV/AIDS awareness and prevention.  She started her foundation at a time when she was told it could be suicide for her career. When others said “no,” Sheryl said “yes.” She marches to her own drummer and knew then, regardless of what people were saying, that it was the right thing to do, as someone who could bring about change for a community ravaged by the disease.  She has carried this torch for 28 years, honoring the memory of friends and loved ones, helping to provide critical resources to those most in need. What I found even more remarkable, was not only that everyone had a story to share about why they were supporting this event, but the impact she had on their lives. In ways both big and small, Sheryl had touched each and everyone.

Apart from philanthropy, she is also a visionary and trendsetter.  Case in point: the decision to honor the cast and crew of the FX series, Pose, at this year’s Divas Simply Singing.  Having just completed its first season, Pose is breaking television history by featuring a largely transgender cast and crew who tell the story of the New York City ball scene in the mid 1980s.  At a time in America when the political right-wing is doing everything it can to try to silence this community, Pose is giving it a voice and telling its stories.  Having grown up as a teenager in New York in the late 80s and 90s, I can testify to the show’s authenticity, accuracy and humanity.  Prior to the start of awards season: Golden Globes, AFI, and Critics’ Choice, our divinely intuitive, valiantly ahead-of-her-time DIVA was the first to honor this show.  It was particularly poignant to listen to the speeches and have Ms. Ralph on stage presenting this series with what I know will be many, many more awards to come. To be honored by the one actress who has stood up for the LGBTQ community from the beginning, and championed equality and justice for decades, was more meaningful to this cast and crew then any other award received this season.  This was evidenced by their moving speeches.

There’s more.  The day after this major event, Sheryl attended the premiere of her Christmas movie and then prepped for her new podcast, Diva Defined.  (If you haven’t checked it out, you must!)  I had the privilege of being at her home for the taping and saw that, like Sandi Klein, Sheryl has the keen ability to get her guests to ‘undress’ and tap into what it is they really want to talk about.  When Loni Love, host of The Real, was being interviewed, she broke down and spoke about her issues with love, dating, and the importance of health.  With the recent passing of a friend, she tearfully stressed the need for women of color to eat right, talk honestly with their doctors, and get regular check-ups. Watch out Ellen DeGeneres and Wendy Williams!  Daytime television should make some room for The Sheryl Show.

And then there’s Sheryl’s new sitcom FAM, which is now part of the CBS prime-time schedule, airing Thursdays at 9:30.  Sheryl is married to Walt, played by theatre legend Brian Stokes Mitchell, and the two have great comedic chemistry.  The show is a sweet and endearing story of a newly engaged couple whose picture-perfect plans of marriage get side-tracked with the unexpected arrival of a family member.  Hopefully, it will enjoy a long and successful run.

I had to write this article as a testament to a woman who has inspired and showed me that dreams do come true with hard work, perseverance, and heart!  I consider myself blessed to be in such good company. When you talk about creative women, I can’t think of a more creative woman than Sheryl Lee Ralph…She has done so much and continues to do more.  To know DIVA Sheryl is to know someone who is truly Divine!