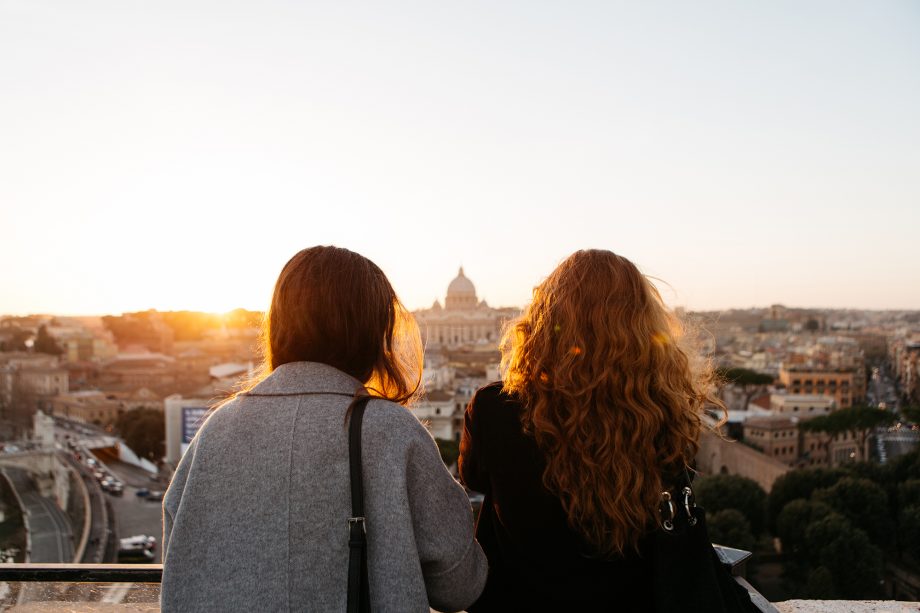 I’VE BEEN THINKING a lot about past friendships as I write this blog. My friendships I made in master ballet teacher’s Finis Jhung’s brilliant ballet classes at the Alvin Ailey Extension led me to reconsider my role as a friend.  Mr. Jhung’s classes led me to meditate on seeing myself and how others see me. It was through his classes and the environment in which he created, I was able to formulate such rich and profound friendships.

My latest work, After Rome is an eighty-minute play between two childhood friends from Bosnia who haven’t seen each other in over twenty-five years. They were inseparable as children. What happened? A war happened. A boy came between them. They realized they were different people, so they wanted different things and grew apart. One remained in Sarajevo while the other sought a new life in Rome. One married, a few times; the other didn’t. But due to a “geographical coincidence,” Lara and Anna reunite in a trattoria in Rome. They fight. They laugh. They throw food at each other and drink bottles of house red wine. And then what? Have they truly changed after this eighty-minute reunion? Have they reverted to their twelve-year-old selves when they were fearless, confident, and optimistic?

I’ve been asking myself those same questions. Many of my early plays focus on male-female exasperatingly tumultuous relationships set under white sterile cotton sheets in foggy hotel rooms in exotic locales. Someone is married to someone else. Someone loves more than the other. Someone already has the suitcase packed and one foot nearly out the door.  Someone leaves. Someone is left behind. The romance and the turbulence can be exciting, but the left behind part, is soul destroying. She doesn’t have to be left behind, nor does he, nor do any of us.

My playwright’s perspective and narrative evolved as I have and hopefully continue to do so. I am influenced by relationships, travel, art, and the trajectory of one’s personal journey. Lara and Anna, the protagonists from After Rome spent their later teenager years and early twenties against the backdrop of war. Their personal relationships were fractured from what they experienced and what they lost. Their present lives, though somewhat professionally fulfilling, are joyless. Contentment is what they wish to attain, yet toward the end of the play, after the pasta and breadsticks are thrown across the stage, Lara and Anna discover joy, fractured joy, but it’s there.