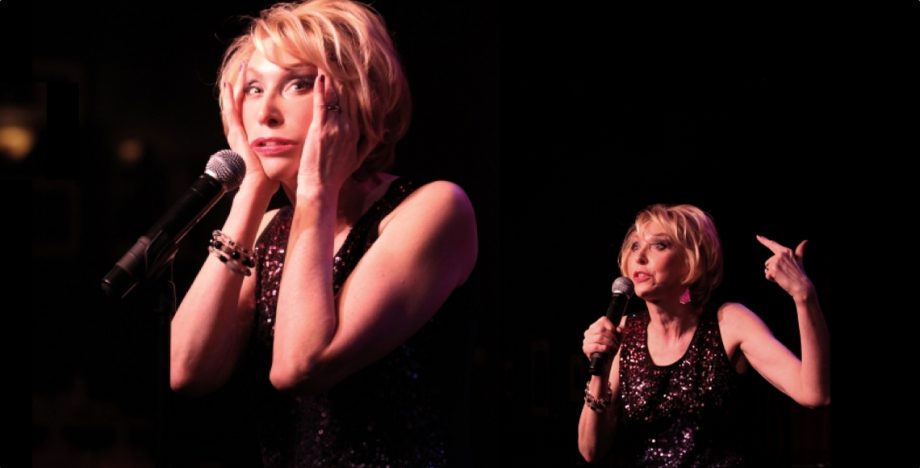 AS I WRITE this, I’m battling a frozen shoulder and some tendonitis in my right elbow. So if I sound cranky, I am.

I’m an actress who works a lot on Broadway. Yes, I’m lucky and grateful. But doing repetitive movement eight shows a week can lead to all sorts of physical problems and tendonitis is just one of them. I never worried too much about these things when I was younger because, well, they didn’t happen. But now they do. As the saying goes, it’s always something. If it’s not the elbow it’s the knee; if not the knee it’s the shoulder; if not the shoulder it’s the foot, and so on and so on.

Aging sucks. Aging means your field of possibilities gets smaller while your waistline gets bigger. And then there’s gravity. Occasionally (and only occasionally) I look in the mirror at myself nude and it’s terrifying. My butt has fallen so far I now have testicles. I’M NOT KIDDING!

Meanwhile, Meryl Streep seems to be enjoying older age; perhaps that’s because she is the only American woman over 50 allowed in front of a camera. In Europe, it’s Helen Mirren, Charlotte Rampling and Juliette Binoche. So a total of four actresses over 50 are allowed to play leading roles. If you are a woman “of a certain age,” you’re basically banned from LAX airport. (Unless, of course, you’re Helen or Meryl. I wonder if their knees are bad, and they just don’t talk about it.)

But even my non-showbiz friends — or “civilians” to theater folk — are noticing a dangerous trend. To be ordinary has become a sin. A sin. It means you aren’t achieving enough in life. Everyone must now aspire to be beautiful and successful and fit and fashionable and hopefully famous, and for God’s sake, not old. Aging has become a crime that must be fought with a vigilance once reserved for graffiti artists in the 1980’s.

I now find myself ordering beauty products online not just because they are frequently cheaper, but because I don’t want to hear this from a salesperson: Are you sure you are doing everything you can to help your skin? And while we’re on the topic, can cosmetic companies please stop outfitting their salespeople in white clinician coats. They are not doctors! They peddle blush, not penicillin.

But here’s the truth: I’m fighting. Maybe not Bruce Lee fighting, but believe me, I’m doing my part. Two years ago I had a facelift, and I couldn’t be happier with the result. I Botox about twice a year and I use a glycolic exfoliating pad on my face once a week. And I’m lucky. As a character actress I don’t have to rely on being pretty, but even so, aging is not a good idea. In showbiz, 40 is the new 60 … and 60 is the new death. What’s worse is that these standards seem to be creeping into the mainstream.

Blame it on HDTV; the potential for humiliation abounds.

My favorite humiliation? At one audition, a young lovely asked me, “Are you auditioning for Tessie?” I told her I was, to which she replied, “Well, I guess they are seeing all ages!” BOOM! It was so rude, I just had to laugh. The good news is I booked the part. To speak the language of her generation, #betterlucknexttimebitch.

Still, such triumphs are becoming less and less common for the “certain aged.” So, then, what are our options?

Come back next week when Julie Halston reveals the secret to aging with grace — and a dash of acrimony.