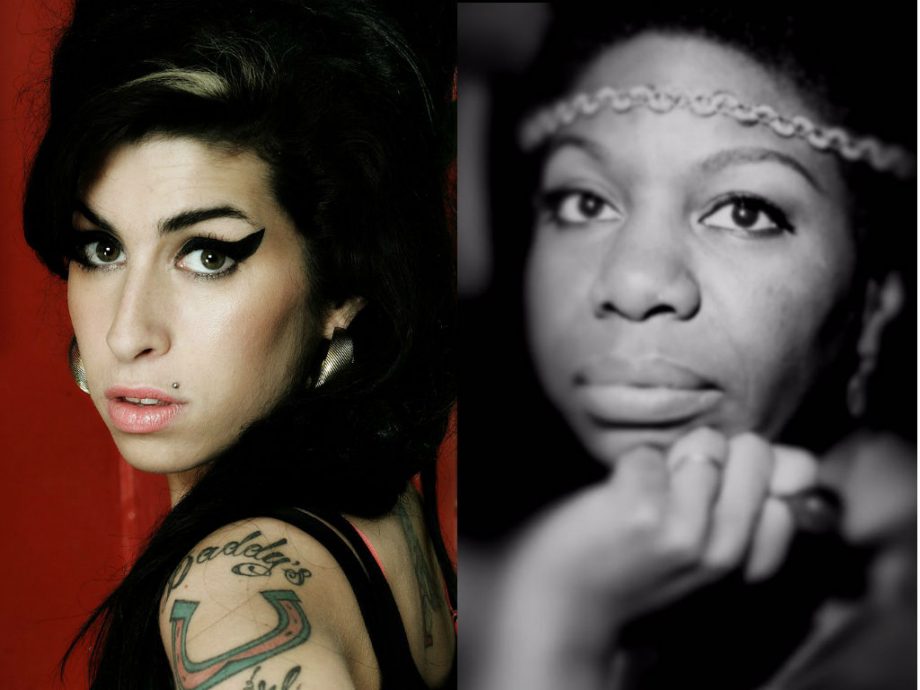 Nina Simone, Amy Winehouse and the demons of fame and genius

THE FIRST scene of What Happened, Miss Simone? Liz Garbus’s documentary on the late musician Nina Simone, encapsulates the power, passion and also the vulnerability of the protean jazz and blues singer and musician.

The year is 1976 and Simone has lived in Europe for a number of years in exile from the U.S. She walks out on stage, tall and muscular with a short afro, in a clingy, dark brown dress. She bows deeply, one leg in front of another, as if before a queen. She then stands next to the piano, staring out into the audience for 10 seconds, 20 seconds, 30 seconds and finally almost a minute, in a way that makes you want to stare back and also turn away. That was the kind of power this woman had.

Simone’s magnetism and her relationship with her audience is a big part of what the filmmaker is trying to show. At the same time Garbus (Bobby Fischer Against the World) attempts to answer the question posed in the title for those familiar with her work and who wondered where she went, and the younger generation familiar with her work only through hip hop sampling.

Simone was a powerhouse, and then was suddenly, lost to view. What Happened, Miss Simone? — actually a quote from poet Maya Angelou — can be asked not only about her but also about other performers who made an impact on us (as well as us on them), and then disappeared. Another tragic example is Amy Winehouse, the subject of another recent documentary, Amy. In this case, the much more immediately recognizable white British neo-soul singer who flamed out, was destroyed by a combination of forces that are perhaps so predictable — drugs, alcohol, an enabling family and entourage, paparazzi  —  and in addition, the need for, and danger of, being a performer and artist.

Nina Simone and Amy Winehouse were very different, but what can their two roads tell us about creative yet troubled women artists?

Simone (born Eunice Waymon in 1933) was raised in a small segregated North Carolina town. She began playing the piano at 4, was taken under the wing of a white piano teacher and planned to become “the first black classical pianist” until circumstances pushed her into playing clubs, where owners, wanting a singer, encouraged her to add her rich alto to her act. She soon was performing in New York City clubs, where she reinterpreted the standards, blues, gospel, Bob Dylan, the Beatles and Janice Ian, as well as her own compositions. A list of the songs she became famous for singing might bring to mind versions you’ve heard but didn’t know the singer where the deep crevasses of the song are explored with the power and subtlety of a lioness. (Listen to “Don’t Let Me Be Misunderstood,” “I Put a Spell on You,” “My Baby Just Cares for Me,” or “Strange Fruit” as examples.)

As Simone gained renown, she became friends with James Baldwin, Lorraine Hansberry, Langston Hughes and Malcolm X. She sang to the Selma marchers. She wrote Mississippi God Damn after the 1963 church bombing in Birmingham, Alabama that killed 4 little girls and the assassination of Medgar Evers. She sang it to blistering effect:

Hound dogs on my trail

I think every day’s gonna be my last.

And like a number of other black musicians and writers, after 1970 she lived in exile from the U.S. and died in 2003 in the south of France.

The Netflix-released film, which was made with the cooperation of Simone’s daughter, Lisa, attempts to paint in those lost years in Europe, as well as deal with the demons that she battled: among them the physical abuse from her husband and the bipolar disorder that forced Lisa to flee Simone’s physical and emotional abuse. A couple of years later, an old accompanist found Simone living homeless on the streets of Paris. On the advice of others, she went on medication for her mental illness and returned to performing. Her performance at the beginning of the film — regal, furious, blank and then smiling — raises questions about the effect of the medication, or perhaps that of her own emotional pressures.

Amy Winehouse’s story told in Amy, is one we have read about many times before, from glances at the tabloid tales of a her latest wobbly, disheveled concert appearance. The piled-up beehive hair and heavy eyeliner, the red lips and tattoos, the eye-popping cleavage on top of skinny legs teetering on sky-high heels. And then there is her voice, almost Billy Holidayish, as it plays against the R&B beats. The liner notes of her debut album, Back to Black, thanks 1960’s girl group the Shangri-Las, but they never wrote lines like, “He can only hold her for so long / No one’s home but the lights are on / She’s so vacant / Her soul is taken / He is what she is running from.”

In the documentary, directed by Asif Kapadia (Senna) we see her spiral down through a combination of drink, drugs, bad boys, enablers, the paparazzi, and, now we discover, bulimia, to her tragic end in 2011: dead of alcohol poisoning at 27.

Kapadia combines home videos with footage of Winehouse being pushed onto the stage by bodyguards, swaying and nearly falling in her high heels, rehab and all of the other messy and sad stuff that prefaced her demise. But we also see the “Jewish girl from North London” as a teenager, fooling around with her friends, but turning serious as she composed the poetry on lined paper that later became her songs; what was she like before she took on the persona “Amy Winehouse.”

While What Happened, Miss Simone? fills us in on Simone after fame, Amy suggests what might have been. We see her singing with Tony Bennett on “Body and Soul,” a duet across generations which created a beautiful synergy, like he did later with Lady Gaga. The combination of modesty and surprise on Winehouse’s face when she and Bennett trade off responses to each other gives a sense of the pleasure that making music with him meant to her. It also gave us, the audience, a taste of a direction Winehouse might have taken if her own addictions and tendency for self-destruction hadn’t taken over.

In the Simone film, we see a 1968 interview in which the singer is asked to define freedom. She’s sitting on the floor, knees clasped against her chest, at first dismissive of the question: “If you don’t know, I can’t tell you. Like you can’t describe what being in love is to someone who doesn’t know.” She pauses and says, “I can tell you what being free is . . . I’ve had it a couple of times on stage when I felt that.” And then: “I’ll tell you what freedom is to me: no fear.” The film transitions to a euphoric, ecstatic live rendition of Simone’s “I Wish I Knew How It Would Feel to Be Free” and she shows you through her performance — white strapless top, her arms leading her body in a dance — what she’s talking about.

For many veteran musicians a performance is just that: the clothes you change into and the stage persona you adopt. But for others, the performance is what feeds you and helps you through what you deal with in the rest of your life, though in Winehouse’s case, not enough and not soon enough. For Simone, the performance, and her role as a political artist in the Civil Rights and black liberation movements kept some of her demons at bay. But with the assassination of Malcolm X and Martin Luther King, the splintering of the black movement, the only way out was away, out of the country and in isolation from the movement that sustained her. With the help of friends in France, however, she did find some measure of emotional equilibrium and returned to music.

As their audiences, we have what they left us. Winehouse is gone and the film engenders a sadness of what might have been. For Simone, the recent rise in protests of police killing of unarmed black men, the ferment and discussion about race in this country makes me wish fervently that Simone was still around. Her 1978 reggae-infused version of Randy Newman’s “Baltimore” has much to say about the schisms that still remain:

On a marble stair

Tryin’ to find the ocean

Hard times in the city

In a hard town by the sea

Ain’t nowhere to run to

There ain’t nothin’ here for free.

Hooker on the corner

Waitin’ for a train

Drunk lyin’ on the sidewalk

Sleepin’ in the rain.

And they hide their faces

And they hide their eyes

’cause the city’s dyin’

And they don’t know why.