Fresh Talk is back for its third season of acclaimed Women, Arts and Social Change initiative 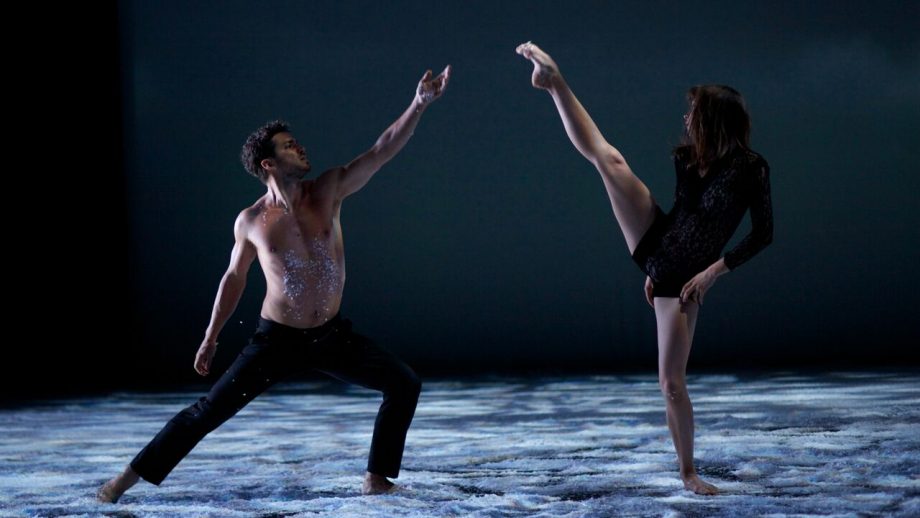 POLINA — A FILM co-directed by Valérie Müller and her husband, French choreographer Angelin Preljocaj — is just what I needed at this time of cultural and political peril. I’m always tense.  I worry.  But in worse times than these — well, maybe not worse — I’ve always found respite and escape in watching dance. Who cannot be transported by the foot tapping blizzards of Michelle Dorrance and company, the otherworldly movements of Crystal Pite and her dancers, the athletic feats of Elizabeth Streb and hers? At those performances and many others, I have sat transfixed, pulled in some mysterious way into those other bodies, freed from the angst and the peril out here in the real world.

When I saw that there was this new film about dance and that this film told the rare fictional story of a young women’s restless and relentless search for her own form of artistic expression, I knew I had to head straight to the screening room.

I wasn’t disappointed. Polina is a mesmerizing mix of movement and life. The film stars professional Russian dancer Anastasia Shevtsova (of the Mariinsky Ballet) as Polina — a role for which she had to learn how to act and speak French. It also features the human magnet known as Juliette Binoche, who it turns out is not only an actress, but a dramatic contemporary dancer as well, best known for her collaboration with choreographer Akram Khan in a work of dance theater called IN-I.

Adapted by Müller from the graphic novel by Bastein Vivès, the film begins with Polina (played as a child by Veronika Zhovnytska) living in the frigid, bleak, snow-covered landscape of Russia. She is just beginning to study ballet under the tutelage of a semi-tyrannical dance teacher, at the urging of her adoring father who envisions her one day as a prima ballerina. Polina‘s family is poor, she’s the only child, and her father appears to take on some dubious work — smuggling perhaps? —  to pay for her lessons.

Polina works as hard as she can to inhabit the form, doing well enough to advance. But what she’s achieved in form she lacks in passion, which lies elsewhere. As to where, we get a hint as we watch her after ballet class, making her way home at dusk through the cold and empty industrial streets. To a gripping blast of electronic music, she suddenly becomes a blur of flailing arms and marching feet, kicks and spins and undulations, clearly in love with contemporary dance before she even knows what it is.

You’d think that being accepted by Russian’s preeminent ballet theater, the Bolshoi, would be the pinnacle for a young woman who has been dancing classical ballet from childhood, but it isn’t. Polina turns the Bolshoi down. She makes that decision while she’s still in Russia after she joins a fetching young man, Adrien (Niels Schneider) —another dancer and her first lover — to see her first contemporary dance performance.  It is a visceral, erotic duet, and she’s hooked. Adrien plans to go to France to audition for a contemporary dance company there, and Polina decides she must go with him. He doesn’t think that’s such great idea, but she tells him she’s going regardless.

In France, Polina meets Liria (Juliette Binoche), a choreographer whose company is holding the auditions. Liria’s part in Polina’s life is short but influential. Liria accepts Polina into the company on a trial basis, but then tosses her out. She makes it clear that while Polina’s technique can work for contemporary dance — she’s able to adapt to the grounded movements, the lower center of gravity, the jolts, the slams — her dancing has no heart. “I don’t feel anything,” says Liria, of watching Polina dance, especially when she’s dancing with Adrien. Liria wants a “duet of desire.” She wants to see urgency; she wants to see “longing.”

In fact, this whole film is about longing, about how strong a driver of our dreams longing really is.

In time, seeing Adrien as insufficiently dedicated to dance, a partner whose poor performance impedes her own performance, Polina leaves Adrien. She has already left her family and her country. Untethered for a time, she actually becomes homeless. Her new direction comes when she meets Karl (Jérémie Bélingard, a star of the Paris Opera Ballet), a charismatic dancer and choreographer, who teaches kids through dance improvisation. Polina agrees to participate in one of those sessions, but only reluctantly. We’ve seen her practice, labor and struggle to get the moves right. But this time, it’s different. This time, she dances from the inside, from her own creative center. In her leaps, you can tell, she’s happy, enlivened and free.

I really wanted to see the whole dance, her body head to toe in every movement. But through the early part of this film, the focus is often on the elements, not the whole. When Polina catches Liria dancing, choreographing, lost in the ecstasy of movement, we never view Liria (Binoche) in full, though we long too. We see her arms, her torso, as she slips in and out of view; we see the ecstasy registered on her face.

At other times, this focus on the elements rather than the whole works dramatically, as with the magnification of Polina’s feet in her pink satin toe shoes. The shoes look menacing as they take up the whole screen. As she steps, lifting and dropping her feet on the wooden floor, it sounds as if those toe shoes are made of metal. You feel the heft of them, the danger they pose, which becomes real when Polina’s foot falls sideways, ankle bending towards the floor, looking as if it might break.

Not until the end of the film — when Polina has decided she will no longer dance someone else’s vison but will become a choreographer and create her own — do we see her and Karl’s whole bodies in a complete dance. It is a gorgeous dance on a stage lit to look like night in the forest of her childhood, with snow on the ground, and then falling. It’s hypnotic.

The film has drawbacks. It’s too literal at times. There are too many narrative loose ends. And unfortunately, Shevtsova isn’t about to win any acting awards. She is a powerful dancer and projects mystery well, but she had too little dialogue and too little range as an actress to give her any depth. We never know what’s going on inside her head.

But that melts away with that last dance, that dance in the cold and the dark that somehow sets the stage on fire. For someone like me, for whom watching dance is akin to leaving the planet for a while to fly on someone else’s wings, that’s the image I took out into the world with me. That is the image that remains.

This is a personal variation of the author’s review of Polina that appeared on HuffPost.