Julie Halston actress comes to terms with aging … and SO can YOU!
Emily Mann adapts Tennessee Williams for the stage 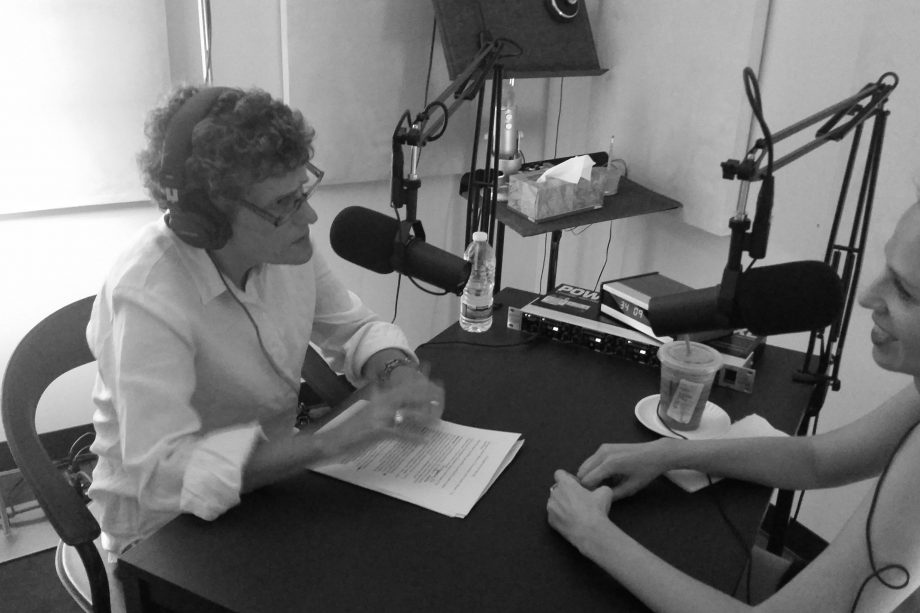 Welcome to the new SandiKleinShow.com!

YES, WE’RE up and running! Welcome to the new online home of Sandi Klein’s Conversations with Creative Women.

This project has been a labor of love since it morphed from a vague idea in the recesses of my mind to a podcast that premiered on June 1, 2013. In that time, I’ve had conversations with more than 100 accomplished, passionate, creative women, who by and large, I’d never heard of (and I’m guessing you hadn’t either). And, since this list is endless, I still have my “work” cut out for me.

As someone voted “Most Talkative” in her high school senior poll (and won by a landslide), being on the radio was a no-brainer. I was fortunate to spend 35 years working up and down the AM/FM dial in New York City, writing and delivering the news, with the last 20 as an anchor at 1010 WINS, the country’s largest all-news station.

After a series of heartfelt talks (that felt more like interventions) with one of my closest friends, it hit me. I wanted to talk to women. I wanted to meet the women doing wonderful things in arts, science, education and social activism, women who, for the most part, remained unknown outside their milieu. I wanted to help them share their stories.

And here’s one of life’s biggest understatements: they’re everywhere! They include: the young German woman who lost her sight at age 10 and co-founded Braille Without Borders; the body artist who gave Angelina Jolie her first Billy Bob Thornton tattoo; the founder of WriteGirl, a nonprofit literacy group that helps at risk teens in L.A.; the executive director of the 5 Gyres Institute which researches plastic pollution across the world’s oceans; one of the most successful Spanish violinists of her generation; the woman who, along with her husband, created a business-to-business software company in their basement that was later sold for $540 million; an internationally recognized underwater and conservation photographer. They’re filmmakers, professors, entrepreneurs, explorers, artists, writers, dancers, singers and museum curators. I find them; they find me. And despite my prowess as a talker, I’m also a damn good listener. These women have plenty to say. Their life stories have inspired, moved, empowered and humbled me, and I’m sure they will do the same for you.

While this website serves as a base for my podcast, it’s more than just an audio stream. SandiKleinShow.com is a home for inspiration, its doors open to all. And, to that end, we want to hear from you. Have an idea for a blog? Write it. Contributions for the “What’s New” column? Submit them. Ideas for interviews? Share them.

Before I end this missive, let me just say Sandi Klein’s Conversations with Creative Women, would be nothing without the expertise, commitment and passion of my producer, a man. There aren’t enough superlatives to describe Chad Dougatz, owner of Hangar Studios. Meeting and getting to work with him has been a real privilege. Hats off to Soraya Chafetz and Rebecca Shore Winn who make up the rest of our team, and to my friends and family whose support has been invaluable.