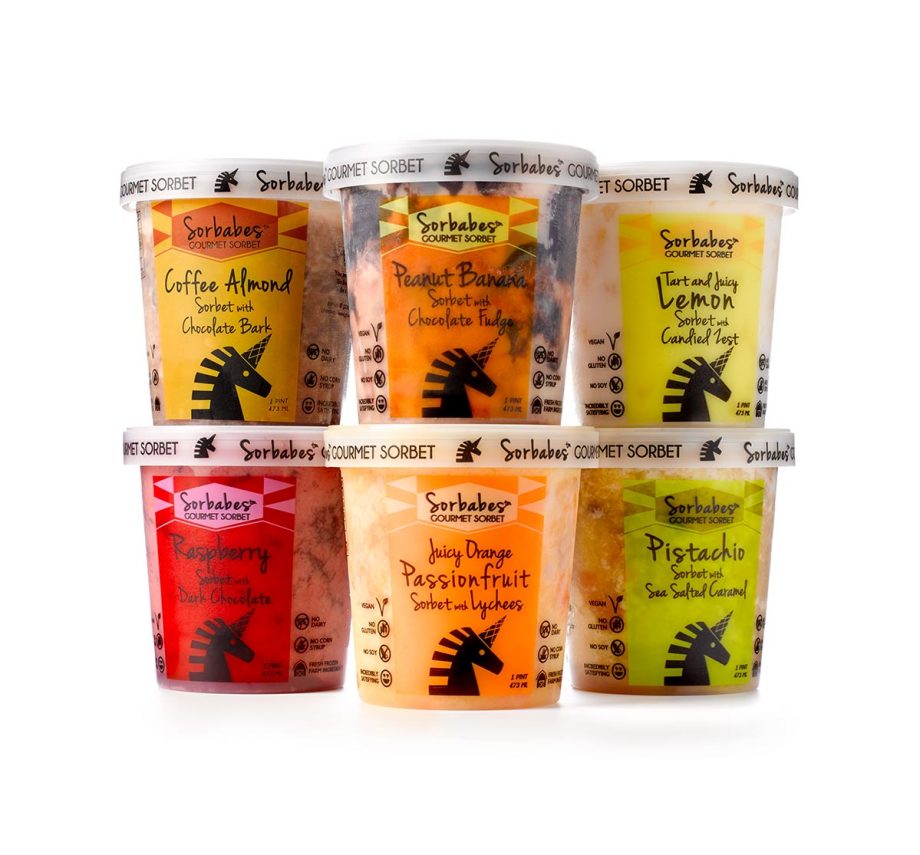 Some food for thought from one of the Sorbabes

I HAVE FOUND that when I have a dream, it seems all I need to do is share it with the universe and it comes true. This really happened to me, but I should also mention the part about working my tail off and having a lot of chutzpah.

Case in point. In 2012 I wanted to start a food business. I had studied art in college.  I was also a self-taught, on-the-job-trained chef. My skills included fine dining and graphic design. I had never operated a business except for my own private chef clients. That was easy; it was just me and my knives.

Someone was listening, because shortly after I put out my wish to start a food business, I got a call from Nicole Cardone, a woman I vaguely knew. Her mother-in-law, a friend and colleague of mine, suggested we talk. Nicole asked for my help creating recipes for her dream – a sorbet company.  I told her that sounded like fun, and we began testing the recipes at the restaurant where I worked as the pastry chef. Turns out the customers LOVED the sorbets!  Not long after, Nicole asked me to become her partner. By the summer of 2013, we were selling sorbets at two markets; one in Brooklyn, the other in the Hamptons. We were written up in New York Magazine as one of the top vendors in New York City that summer.

Making sorbet in New York City is no easy feat.  We worked the night shift at Ample Hills, a Brooklyn creamery and were dubbed the “Sorbabes.” At dawn, after gallons of sorbet hardened, we would transport ‘the goods’ on dry ice by taxi to Nicole’s apartment in midtown Manhattan.

We packaged our pints in glass jars and sold them in the Hamptons for 12-14 dollars a pint. They flew off the shelves and it didn’t take long for us to realize we had a diamond in the rough.

It also didn’t take long to find our first co-packer, a factory in Queens that was also making its own brand of ice cream. By summer’s end, we increased our output and transitioned from small batch machines to continuous freezers, with a minimum of 300 gallons of base per flavor. I remember the first pallets – 1,920 pints of sorbet leaving the factory by truck. I was bursting with pride.

Fast forward to 2015. We are now shipping sorbet by the truckload: 24 pallets at a time. We launched into Whole Foods and were brought into Stew Leonard’s; Stew dubbed us the Ben and Jerry of sorbet. Fairway, Wegmans and Shoprite were up next.

We are currently working on distribution across the East Coast – from Maine to Florida. Watch out California and the rest of the Pacific Northwest!

Nicole and I believe dessert should be part of a healthy, balanced lifestyle. So we created a sorbet that tastes like the best crafted ice cream. We added chunky gourmet mix-ins to a base that has a texture as luscious as ice cream. I create the recipes, Nicole makes the business financially viable and we do all the rest together – marketing, logistics, sales, social media and on and on.

There were many times when we felt overwhelmed and wanted to quit, but advisors and family members wouldn’t let us. Our families have grown. When we first joined forces, Nicole was the mother of a baby girl.  She now has two little boys and several months ago, I gave birth to my daughter.  We’re even more excited to create new and amazing flavors and are more determined than ever to make Sorbabes a national brand.  I want my daughter to know that with hard work and a strong belief in who you are and what you do, a dream can become a reality.