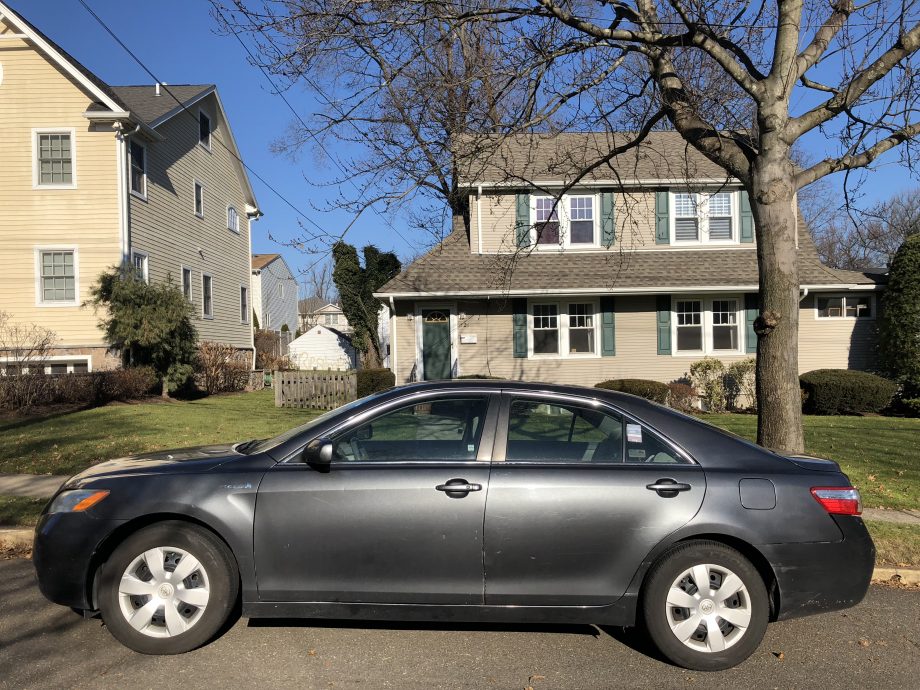 The Long and Winding Road

I picked up my new car today. Quite a milestone, but I couldn’t have been more depressed. Even though I’ve been driving for 52 years, I never bought a car. The day after I got my license, I hit a telephone pole, badly damaging my parents’ Pontiac Tempest and leaving us car-less for several weeks while it was being repaired. Turns out that wouldn’t be the first time I made my “automotive mark.”

I was a junior in college when I met and began dating Jerry. He drove a used MG convertible. Seemed like it was always breaking down, but Jerry was very handy and really liked making all the repairs. And…an MG? That’s a car with cache!

We got married in 1972, and in the years since, made our share of pilgrimages to car dealerships. We needed two cars since we both drove to work. In his mind, Jerry perfected the art of the deal: no salesman was ever going to take advantage of him and as far as I could tell, no one ever did. As for me, I came along for the ride. Well, actually, my role was to pick the color.

Our automotive purchases were eclectic: Dodge Duster; Chevy Station Wagon (got stolen); Nissan Sentra, which we wound up selling to my close friend, Angela; and another Dodge – a minivan. We had two sons and carpooling was de rigueur. There were a couple of Hondas (stick shifts!), including one we eventually sold to Sam, my son Seth’s college buddy. There was a Toyota Avalon (fancy), followed by a Saab convertible (fancier) – hey, we were empty nesters! Then in late 2008, we bought a Nissan Cube (funky) and for me, a Camry Hybrid (gray), our “contribution” to the environment.

So here we are, December, 2018. I’d been thinking for a while that it was time for a trade-in. My car had more than 110,000 miles. Seth and his older brother Matt agreed.

So what’s the big deal? I was going to stick with the familiar — a 2019 Toyota Camry Hybrid (gray, maybe silver). However, this time, it was just me sitting across from a salesman. After more than 43 years, I was making this major purchase on my own. I never thought, never wanted, never dreamed I’d wind up buying a car by myself. But this month marks five years since Jerry was diagnosed with acute myeloid leukemia. And barely 15 months later, on March 8, 2015, he died.

I’ll take good care of my silver 2019 Camry Hybrid, but it’ll never be the same.