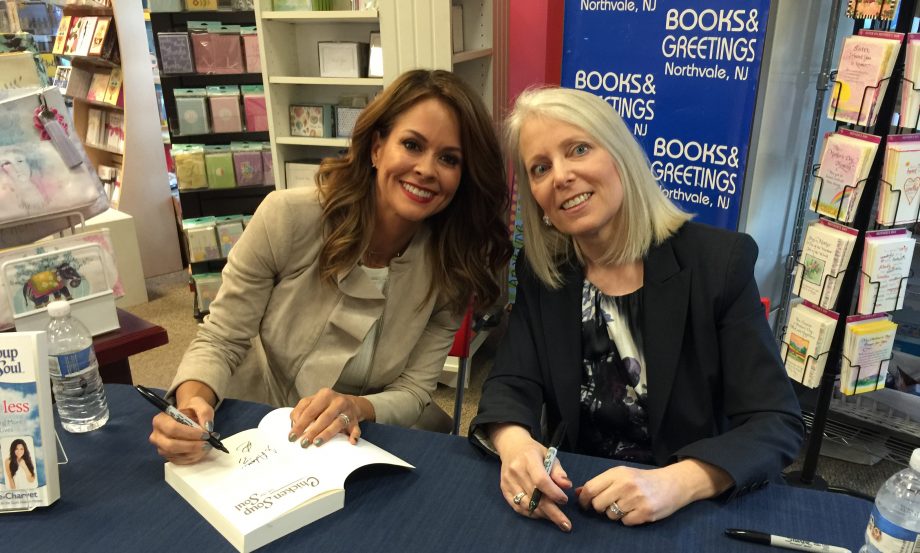 You can’t lead anyone else further than you have gone yourself.

I kept complaining that my grown children wouldn’t clean up their rooms in my house, even though they’ve both had their own homes for years. I even wrapped up some of their things and gave them their own stuff for Christmas! My husband Bill was also tired of hearing my snide remarks about his “souvenir T-shirt” drawer and all his college books that occupy valuable, shared bookshelf space. I call him the Territorial Imperialist. If you aren’t sure what I’m referring to, please ask Bill for one of his college books and you can look it up… and please don’t return the book.

In a rare fit of self-awareness at the beginning of the year, lacking a New Year’s resolution that I believed I’d keep, I had an epiphany. How could I justify telling my husband and children to clean up when I was just as guilty?

It’s not that anyone can tell. The house looks neat and organized, but behind those closet doors and inside those cabinets and drawers, hides twenty years of excess stuff, most of it mine.

I had also just finished reviewing the 300 finalists for this Chicken Soup for the Soul book, and I was confronting my own poor behavior after reading these motivational stories. So I sat down at my computer during New Year’s week and made a list of fifty-two de-cluttering projects to do in 2016, some big and some small.

I tried to make the projects as non-daunting as possible, cutting them into tiny bite-size pieces to the extent that I could. I also decided I can do them in any order I want. I can even leave the most difficult ones till last. They range from the mostly easy—“clean out sock drawer and throw away the gross ones”—to the occasionally awful—“go through basement with Bill and justify every single thing in there or get rid of it.”

It’s early February as I’m writing this and I’ve done six of the fifty-two projects. By the way, they don’t get crossed off my list until whatever I’ve disposed of has actually left the house… and the back of my car. That means I’ve already made two trips to the thrift shop, two trips to the clothing recycling bin, and one trip to the consignment shop, to truly get rid of the stuff.

This past weekend I cleaned out the cabinet in which I store pantyhose. That was one of my fifty-two projects, and it was an eye opener. I had at least thirty pairs of white pantyhose, two-thirds of them never opened. I can’t even remember when white pantyhose were last in style except on Snow White. And I found twenty pairs of navy pantyhose, too, that I have no use for now. The only survivors of any utility were the black pantyhose and tights and the skin-colored pantyhose (those may also be out of fashion right now but if you had legs as sickly white as mine you would understand). To think that I’ve been carting around more than one hundred pairs of pantyhose for twenty-five years, moving three times!

It took me three hours to sort out all the pantyhose and tights. And I must confess I’ve wasted an additional thirty minutes in the last twenty-four hours opening the cabinet and admiring my newly labeled and organized boxes every time I go by.

One of my big motivators, besides earning bragging and complaining-to-the-family rights in 2017, was that many of my excess possessions could be of value to someone else. The longer I hold onto them, the less valuable they will be to the next person, witness my twenty-years-out-of-style white pantyhose. It’s selfish to hold onto these things that may be of benefit to someone else.

The cold weather got us thinking and we cleaned out our coat closets over the weekend, too. I had already given away my excess coats in prior years, but my husband found more than a dozen men’s coats and jackets—his and our son’s—that he can share with people in our community. We don’t need two of everything. It’s a bit of a thrill now to open those doors, see everything with one glance, and not worry about throwing out my back stuffing a heavy coat onto a crowded rack.

Another impetus for this project is the thought of leaving this for our children to manage. We don’t expect to die for three or four decades, but what if something were to happen? I spent three backbreaking months cleaning out my grandmother’s apartment a few years ago, and I wouldn’t wish that on anyone.

I’m quite excited about my year of projects, and I have to restrain myself from doing even more of the projects now. After all, I have a job and other responsibilities, so my fifty-two projects will have to be spread out over fifty-two weeks. In the meantime, my husband and my children won’t be hearing any complaints from me. They get a whole year off.

Photo Caption: Brooke Burke-Charset (left) and Amy Newmark (right) at a book signing for their co-authored book, “Chicken Soup for the Soul: The Joy of Less.”