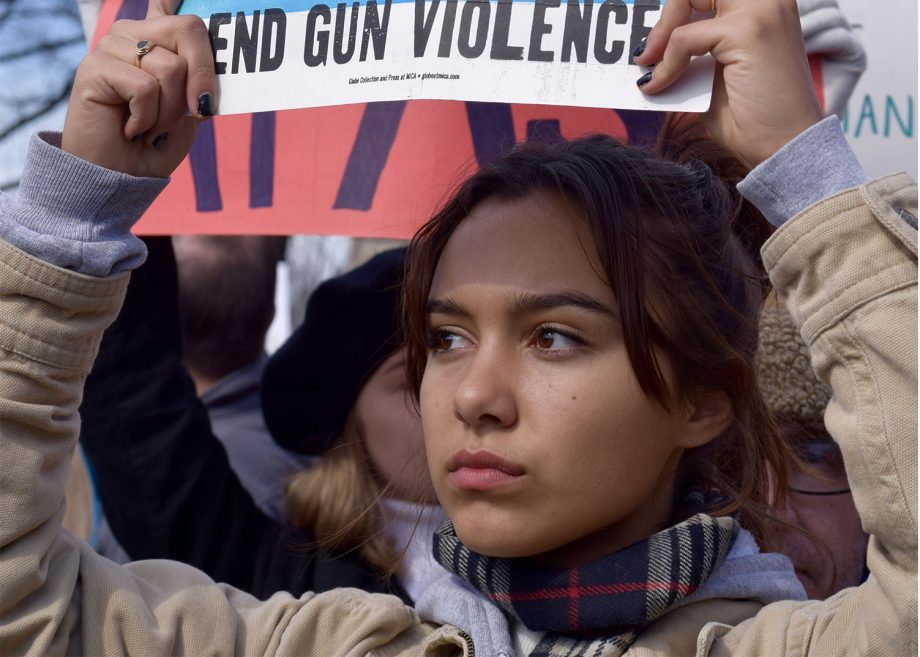 Harnessing the Power of Creative Women

HARD TO BELIEVE, but Conversations With Creative Women is coming up on interview #300! And what a roster of women we’ve had the pleasure to meet and get to know: educators, actors, authors, athletes, filmmakers, musicians, painters/sculptors, museum curators, writers, fashion designers, business women, scientists, explorers, social activists and on and on. And while they may have had self-doubt, lacked resources/support and had to ‘go it alone,’ what they all have in common is an incredibly strong sense of self.

As we’re all aware, this past weekend the student-led movement against gun violence, March For Our Lives was held in cities all over the U.S. The event was empowering, inspirational, hopeful. But we all know change doesn’t come easily or swiftly. Research conducted by the advocacy group, Everytown, has found that on an average day, 96 Americans are killed by guns. Black men are 13 times more likely than white men to die from gun violence. And in an average month, 50 women are fatally shot by intimate partners.

Numerous guests on Conversations with Creative Women have shared their experiences with violence. We met Dr. Arabia Mollette, a single mom, born and raised in the South Bronx, who was abused by her domestic partner and whose sister was the victim of deadly gun violence. Despite a mountain of obstacles, she went on to graduate from high school, attend college and med school. Aryn Quinn watched her father brutally beat her mother. In spite of and because she felt powerless to help, Aryn became the founder and CEO of the non-profit, EndAbuse4Good.

Some of our guests came to this country to escape violence in their homeland only to face it here. That was Edris Nicholls‘ experience. The successful hairstylist and owner of Manhattan’s Edris Salon, born on the island of St. Vincent, recounts, “Schools were being locked down. I was part of that generation…I was free from St. Vincent, but then I had to be locked into my apartment.” New Jersey singer/songwriter, Pamela Flores, a victim of sexual abuse, has worked to help raise awareness about sexual violence. Lyrics from her song, Mr. Wonderful resonate, “Oh Mr. Wonderful, he’s so incredible, but you wouldn’t believe how mean he could be.”

Eighteen-year-old Emma González, Parkland, Florida school shooting survivor and one of the driving forces behind the #NeverAgain movement, delivered what turned out to be the most powerful anti-gun violence speech in U.S. history at last weekend’s March for Our Lives demonstration in Washington, D.C.  “In a little over six minutes, 17 of our friends were taken from us, 15 more were injured, and everyone — absolutely everyone in the Douglas community — was forever altered.”

Then there’s eleven-year-old Naomi Wadler, who helped organize a walkout at her school, George Mason Elementary in Alexandria, Virginia earlier this month. She came to the march to, “acknowledge and represent the African-American girls whose stories don’t make the front page of every national newspaper. These stories don’t lead on the evening news.”

We salute all the determined, inspiring, creative females, who are our sisters, our daughters, our mothers, our friends, our leaders. Where would we be without them?