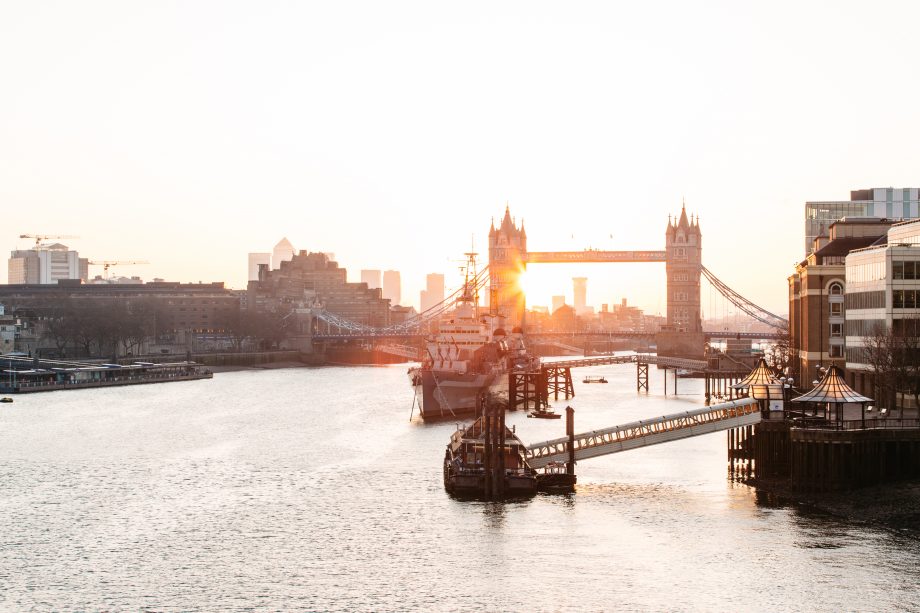 Our First Vacation in 30 Years

THIS PAST DECEMBER I took a vacation with my husband. It was our first vacation without children in over 30 years. It was a vacation to celebrate our 40th wedding anniversary, my birthday, Christmas, and any other major event you can think of because money is tight these days and we rarely indulge ourselves. This time, however, we pulled out at least some of the stops, booking a crossing from New York to Southampton on the Queen Mary 2, then a week in London. I’ve been told to make it clear that the Southampton referred to is the one in England, not the one on Long Island’s south shore. Consider it referred.

Packing for this trip was a chore, since I usually show up for dinner at home wearing sweat pants, or even pajamas. On the Queen Mary, dinner meant dress up. Informal required the men to wear a suit jacket; formal meant add a tie. That’s not to say you couldn’t show up in denim, just not where there was waiter service. For the blue jean set, it was buffet all the way. I did manage to pack enough formal clothes to get me through the week, although I admit to a certain level of “mix and match.” My husband, on the other hand, took a less obsessive approach. On the first formal night, he casually announced he had forgotten to pack a tie. A trip to the ship’s “mall” and $18 secured a bow tie that worked quite nicely and he had no qualms about being seen in it night after night.

There was quite a lot to keep you busy on a transatlantic crossing. That included: seminars, flower arranging, getting creative with vegetables (I wasn’t exactly sure exactly what that entailed, but it involved knives), and singing shanties. We opted for sea shanty singing. Our not so little group rehearsed for five days before our public performance in the ship’s Grand Salon, the day before we arrived in Southampton. I can now be the center of attention at most any seaside bar with my fabulous renditions of songs like, “A Drop of Nelson’s Blood,” “John Kanakanaka,” “Drunken Sailor,” and the not so shantyish, “Sloop John B.”

The people on board were as diverse as the opportunities. Most were older and well traveled. For many, this was their second, third, or even fourth time on board. One woman was enjoying her 19th crossing. I bet her husband has lots of ties.

We met some truly “interesting” people, including a woman who had just published her first book. She and her husband graciously invited us to high tea in a “court” that was above our pay grade. It was fascinating, charming, and very British. I loved every minute of it. I also discovered that I adore clotted cream. Frankly, I could slap it on just about anything. It’s like bacon or cheese. It just goes with anything.

The crossing itself was not without drama. The seas were unusually rough, with waves that crested at 20 to 30 feet on occasion. We even got slapped with a rogue wave one day. That one was closer to 50 or 60 feet, and it sent vases, bottles, plates, and people flying. I’m sure sick bay had its hands full. One traveler on Deck 6 left the door to his balcony open when the rogue wave hit and it flooded his room and part of the long corridor outside. I was tempted to go sing sea shanties outside his door, but figured I’d be in the way of the people furiously mopping up.

We did arrive in Southhampton in one piece and were taken by bus to St. Pancras Station in London. Thankfully, the only person who heard me calling it St. Pancreas station was my husband. We hailed one of London’s ubiquitous black cabs and paid a fortune to be deposited at our hotel in Kensington, just below Hyde Park.

For the next week, we zipped around London packing two weeks worth of sightseeing into one. Don’t ask me what my favorite place was. I couldn’t even begin to choose just one. Each had its own uniqueness and lure for me. We checked out Harrod’s and quite frankly, the only item I could afford was a bright red Christmas ornament with “Harrod’s” and “2017” written in glittery gold. As I get older, it’ll help me remember what year we took the trip.

The British are unbelievably polite. Drivers don’t like to honk their horns; they find it extremely rude. You can ask anyone on any street for directions and they will stop to help you. In fact, one evening, while paying for a bag of crisps at a Waitrose market, a man running out of the store, rammed into me. The guard chasing him was the clue he was a shoplifter. After plowing into me, but still running, he turned and said, “I’m terribly sorry.” Even the petty criminals are polite.

Too soon our time in London came to a close and while I was sad it was over, I was also glad to be coming home. There is a comfort in having your “things” around you, “things” you know and love. That’s not to say I won’t take another trip. I’m thinking maybe Italy where I can dine on gnocchi and clotted cream. It sounds delicious.