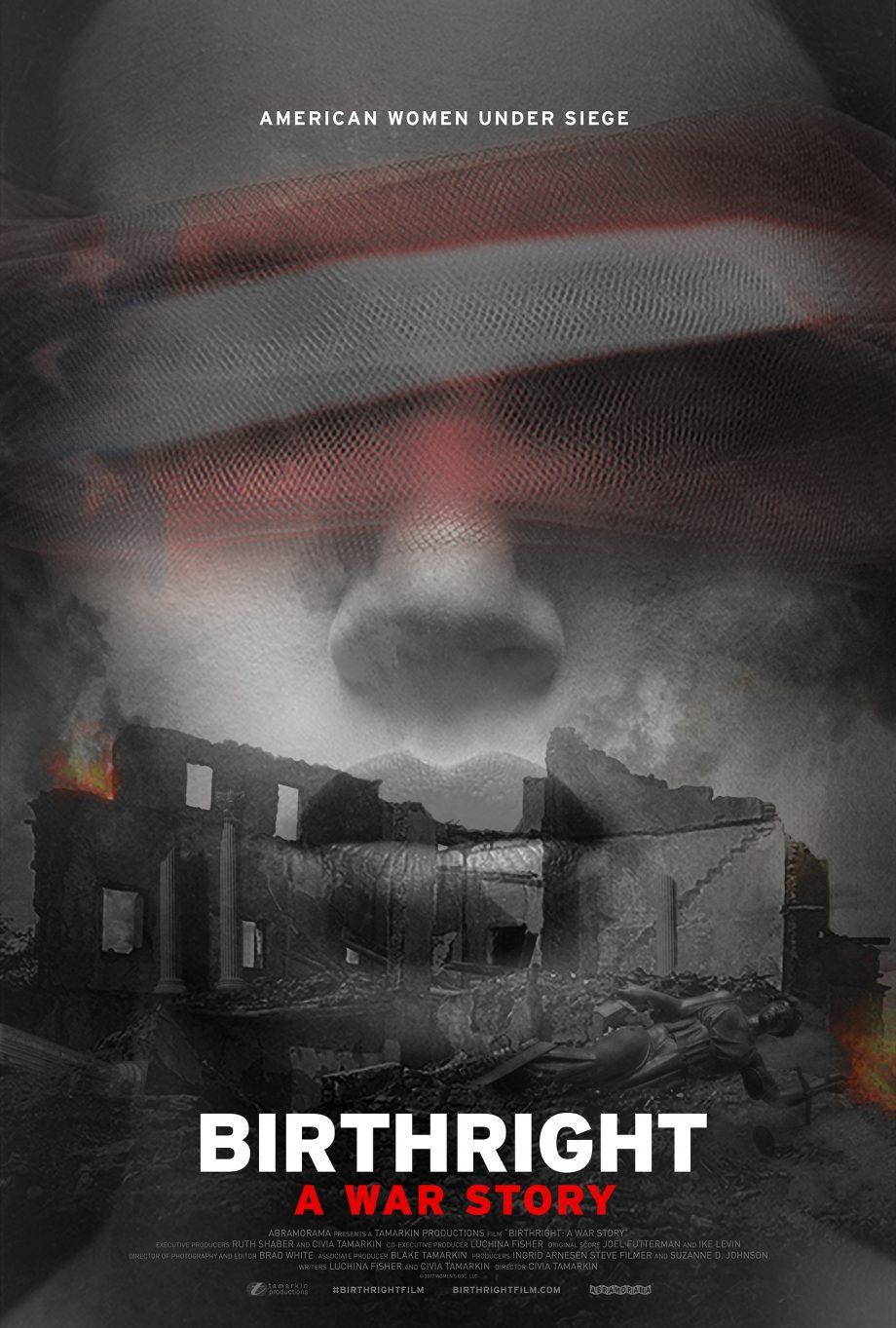 BIRTHRIGHT: A WAR STORY is a feature length documentary that examines how women are being jailed, physically violated and even put at risk of dying as a radical movement tightens its grip across America.

The film tells the story of women who have become collateral damage in the aggressive campaign to take control of reproductive health care and to allow states, courts and religious doctrine to govern whether, when and how women will bear children.

The documentary explores the accelerating gains of the crusade to control pregnant women and the fallout that is creating a public health crisis, turning pregnant women into criminals and challenging the constitutional protections of every woman in America.

This is the real-life “Handmaid’s Tale.”

Here is a excerpt from the film’s press kit Q&A with the film’s director, executive producer and writer, Civia Tamarkin.

Why did you want to make this film?

I wanted to make this film because I really believed a younger generation needed to know what was happening. I was part of a generation that had marched and protested and finally attained the recognition of reproductive choice as a constitutional right. I thought, like many of my generation, that we were done and had won the battle. Instead, two generations later, I turned around and realized I needed to be out there fighting again as a grandmother of 12, with nine granddaughters. This film is my legacy to them.

Talk about your experience making this film.

I expected that women’s advocates and especially reproductive health advocates would jump aboard the project to help us find cases to illustrate the issues. I thought that in a matter of a few months, we would have an abundance of cases from which to choose. Instead, we encountered resistance. So many of the women who were victimized by the restrictive laws of this growing radical movement were too afraid or too ashamed to recount what happened to them. Doctors, clinicians and women’s advocates were fearful of losing their jobs, being ostracized or, even worse, being harmed if they “went public.”

We began filming in earnest on the heels of the backlash against Planned Parenthood that was sparked by those fraudulent videos. The unwarranted attack sent shockwaves through the reproductive health care community. On the one hand, we had refusals from practitioners and victims to be on camera, yet on the other, we found outspoken and prominent people in the right to life community who were eager to discuss the evolution of their movement and their winning strategy.

Ironically, it proved easier to raise money than to get people to go on camera. With some initial seed money from individual contributors who recognized the timely significance of the film, we put together a pitch trailer. Then, through word of mouth, we were fortunate to find an angel investor committed to promoting the health of women and girls.

What did you find most surprising while making the film?

We started this film looking into the restrictions on women’s reproductive rights. The more we investigated, we discovered that what was at stake was far more than abortion.  We found a growing public health crisis, the criminalization of pregnant women and human rights abuses.  So, we began to focus on the fallout or collateral damage caused by the beliefs that a fertilized egg is a person and that a fetus has constitutionally protected rights.

We were amazed to discover that hospitals were seeking court orders to perform cesarean sections and take guardianship of the fetus. We were surprised by the arrest of pregnant women under criminal child abuse statutes and the effect that was having on women seeking pre-natal care. Equally surprising was the impact that reproductive restrictions were having on maternal health care. The United States has one of the highest rates of maternal mortality of any developed country.

While making the film we found that, ironically, the so-called “fetus first” philosophy not only jeopardized women seeking abortions, but those who wanted to carry their pregnancy to term or who wanted to give birth at home or have a natural birth versus a C-section. So even women opposed to abortion can lose control of their medical decision-making and find their lives at risk.

What astonished many in the pro-choice community was how the anti-abortion movement has strategically groomed and cultivated an army of young followers over the past 30 years. As the film shows, they have co-opted some of the language and message of the pro-choice movement, claiming they want to protect women’s health. Using sonograms and other advanced medical technology as ammunition, they have developed alternative scientific arguments. The anti-abortionists also seem to be winning the war of semantics, invoking such emotionally charged words as genocide and holocaust. “Rights” and “choice” pale in comparison.

While advocates for women’s rights moved beyond their Roe v Wade victory to deal with issues like equal pay and political representation of women, the fight for reproductive rights was snatched from under them.

What are the themes of this documentary?

The main theme of the film is the fallout of the abortion war and the looming public health and human rights crises it has created for American women. Women are being jailed and their lives put at risk as a radical movement has tightened its grip across this country.

Another theme is the holy war being waged against American women. We show how the religious fervor over the sanctity of the fetus has driven women to be persecuted in the United States. There is a radical push to have the courts and the legislatures force women to bear children. After all, if you eliminate or ban abortion and restrict family planning mechanisms, what is the alternative? This is the real life “Handmaid’s Tale,” with the government forcing women to bear children, sometimes at their own peril.

In tandem with this religious crusade, the rise of Catholic hospital mergers and takeovers is exacerbating the problem. There are many communities where a Catholic hospital is the only health care provider and the closest trauma center. We found stories where women could not get tubal ligations or they were miscarrying and becoming infected because the hospital and doctors were following religious directives and putting the life of the fetus first.

Throughout the film, you see how this “fetus first” mentality has had broad implications for women’s health care. It isn’t just access to abortion that is obstructed or denied, it’s access to proper medical care in the case of miscarriages, pregnancies that threaten the woman’s life, or in the case of rape, where some doctors refuse to prescribe emergency contraception. It’s the punishment of pregnant women when they can’t guarantee a healthy outcome for their babies.

We show the conflict that has been created — and the real lives that have been hurt — by this notion that there can be two constitutionally protected beings in one body. What happens when you give a fetus equal rights to the woman carrying that fetus? Which life comes first? Whose health comes first? There is legal precedent where the courts cannot force someone to submit to a medical procedure to save another person’s life. But somehow that does not seem to apply to pregnant women.

This film goes far beyond the issue of abortion.

You say this film is about reproductive justice — what is that?

It was important for us to show how all women are being caught up in this struggle and how women of color and poor women are being marginalized further by these restrictions — how their access to contraceptives and health care is being jeopardized and how we are moving closer to the situation that existed before Roe, where people with means and connections can get the care they need and those without suffer.