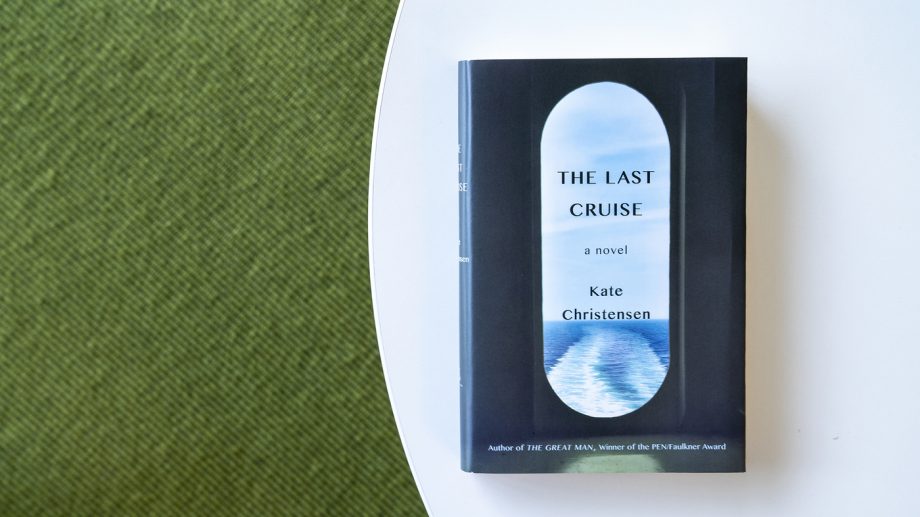 Why Does The Last Cruise End That Way?

For some reason, probably because they echoed my anxieties about the larger world, I became obsessed a few years ago with news stories about cruises going awry—a nasty ship-wide norovirus outbreak on the high seas, or an engine room fire knocking out power and stranding a ship for 5 days off the coast of Mexico with no refrigeration or air conditioning or plumbing, or a honeymooner falling overboard and drowning, etc. It all sounded like a total nightmare. I already had a weird phobia of cruises—I’ve never been on one—so these stories both vindicated and amped up my fear.

As it happens, I live in Portland, Maine, which is a stop on the cruise ship route up the Eastern seaboard. Through the season, enormous cruise ships frequently anchor in port, so grotesquely vast they almost dwarf the city itself, disgorging hundreds of passengers into the narrow cobblestoned streets of the Old Port, throngs of consumers buying souvenirs and food and T-shirts, injecting the local economy with an infusion of money. Then they all get back onto the mothership and lumber off to the next port of call, trailed by a squad of squawking seagulls. Every time a supership comes to town, it’s a little surreal, like the invasion of a strange, soft, rapacious capitalist army in cargo shorts and white jeans. Just as with the news stories, I found myself becoming perversely fascinated with the entire pageant as it repeated itself throughout the cruising season: hulking white behemoth filling the harbor, gulping fuel and discharging exhaust, a mobile megahotel bigger and taller than our biggest and tallest building, its population suddenly glutting the town, then just as suddenly gone.

Aha, I thought one day: a metaphor. Or maybe I meant microcosm, or both. I began to realize that this might be a good premise for a novel, the classic setting of an enclosed human system traveling through and stuck in a vast impersonal wilderness. All three of my main characters presented themselves more or less simultaneously as soon as I started mulling over the best way to tell this story—I wanted access to all parts of the boat, so I needed a passenger, an entertainment crew member, and a below decks worker. And there were Christine, Miriam, and Mick, arising pretty much fully formed in my imagination.

At the time, I was nostalgic for mid-20th century America, an era that was over before I was born, so I invented the kind of cruise I’d most like to go on, if I ever went on one, which I won’t. I loved creating that atmosphere—fine dining, classic cocktails, jazz, and torch songs. I sent my characters out to sea in a time-warp bubble in which it was 1957 again—but the sea they’re sailing on is a 21st century ocean, filled with plastic and toxins, as well as strange new weather patterns, rogue waves, and intense storms.

Many readers love the ending. However, just as many others seem to hate it—so if you did, you’re not alone, and I apologize; I wish I hadn’t had to end it that way, but it was the only true ending I could imagine for the book, given its underlying themes and preoccupations, as well as our current reality. I set out to embody and express fictionally the foreboding I felt about our country in the year and a half leading up to the 2016 Presidential election.

My fears about the current political landscape as well as the global climate crisis are expressed on every page—and the ending directly manifests my sense that we are, as a planet, trembling at the top of a cresting wave that renders moot all of our interpersonal, personal, and societal preoccupations.

Nature will win in the end—that’s at the heart of this book and its major overarching idea.

To learn more about The Last Cruise or to get your copy, visit Kate’s website.