SheKnows Media and Ms. Foundation team up for #TheFWord 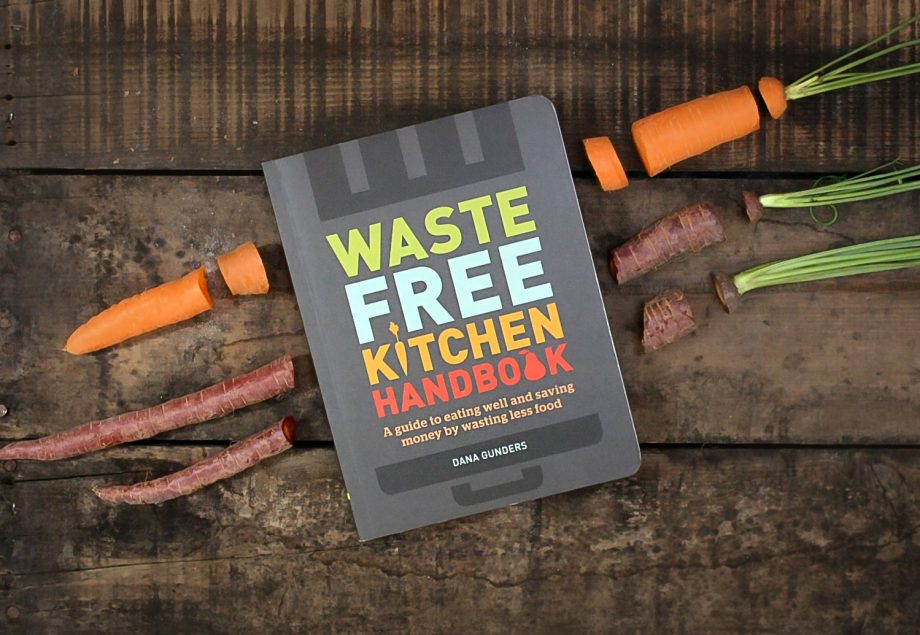 Why I Wrote the Waste-Free Kitchen Handbook

After more than two years in the making, and just days after the US and world announced goals to reduce food waste, I’m thrilled to say that Waste-Free Kitchen Handbook is here–released today!

I describe it as a “light-hearted kitchen reference book packed with handy information to help reduce the amount of food wasted in your daily life.” It has practical strategies, checklists, and educational infographics. It has use-it-up recipes like Sour Milk Pancakes and Buried Chocolate Avocado Mousse. And to top it off, there is a reference section on how to store, freeze, and get creative with over 85 common foods.

Now, here’s the thing–I’m not a chef, I’m a scientist. A few years ago, I was doing some agriculture research when I discovered a shocking number hidden in the scholarly papers: 40 percent of all food in America goes uneaten. What’s worse: almost 25 percent of America’s freshwater supplies and greenhouse gas emissions equivalent to 33 million cars are dedicated to producing food destined for the trash heap. I said to myself, “these numbers can’t be true because if they were, people would be talking about them.”

I decided to share these numbers in a report, with the goal of getting a handful of media hits and alerting fellow researchers. I had no idea what was in store. The day NRDC released the report, CNN showcased it, reporters called all afternoon, and I appeared on three national news TV shows. I had never been on television before in my life. The coverage exploded from there. Three years later, I still get interviewed by journalists about it twice a week.

Clearly, the story of food waste has struck a chord.

Americans are shocked to hear the average household of four spends about $120 per month on food that’s never eaten. And they are eager for answers: Whenever I talk about the issue at conferences or in the media, people always ask what they can do about it.

Thus was born the Waste Free Kitchen Handbook . Nobody walks out of the grocery store carrying four bags with the intention of tossing out one. Nobody wants to waste food. But we don’t necessarily know what changes to make in our own lives in order to waste less. From a scientist’s perspective, I set out to determine what information would help people waste less. When you’re standing in your kitchen with a wrinkled tomato, what do you need to know in order not to waste it?

Some waste occurs due to poor planning and overbuying. Another chunk comes from food being stored improperly. And yet another bunch happens because we’re just not sure whether food is still okay to eat. In the book, I aim to provide strategies to help overcome some of the main tendencies that lead to wasted food, along with basic information that will help store and use most common foods (see example to the right). It even has a chart on what you can and can’t feed to your pets.

We don’t all have to become jam producers or kimchi makers to cut back on the food we waste. We just have to take some simple steps, like making strategic grocery lists or putting leftovers in plain sight in the fridge. I have my go-to strategies, but I am certainly not perfect. I still waste food – I just try to waste less.

I’m heartened by how many people are also interested in wasting less too. I hope my new book can play a small role in making this happen. I hope it can help people become less scared of their food, feel more comfortable relying on their own senses of sight and smell to tell when ingredients have gone bad instead of confusing date labels, and find satisfaction in using more of it up.

See more about the book, including sample information and graphics, on our webpage. Making a difference has never been easier or more delicious!