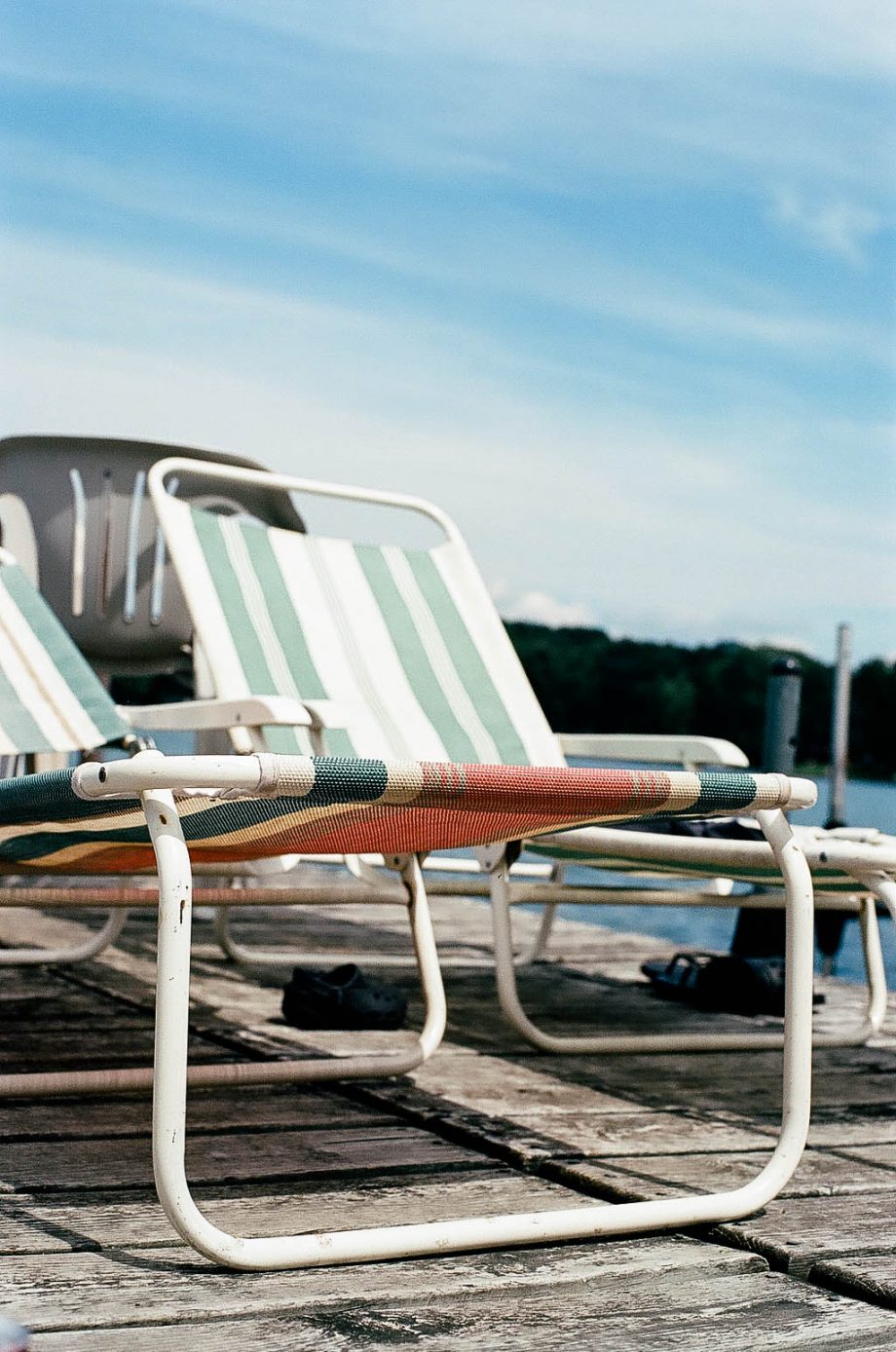 ONE WARM MORNING in late August 1992, I was walking down the narrow path from our house to the street in our densely populated little neighborhood in Ptown. I heard my neighbor, a retired fisherman yell, “Kitty! Hey Kitty!” All the old Portuguese guys called me Kitty.

Peter trundled over to meet me at the fence. He was in his daily uniform: an ancient blue Carhartt onesie, mesh AGWAY cap and work boots. He was a bit out of breath. He leaned on the fence. “Did you hear the fight last night? They were going at it. Can’t believe you didn’t hear it. Calling each other effin this and effin that. You effin liar. Must have been those two over there.”

He pointed to a neighbor’s house. I tried to picture them fighting – one woman was the town’s pay-per-view astrologer, the other a landscaper who planted according to the lunar phases. I asked, “What time was the fight?” He said, “Oh, had to be 10:30, 11.”

And I realized who it was. It was the final night of the Republican National Convention in Houston. A fire-breathing Pat Buchannan had kicked off the convention with his “Culture War” speech, about the gays and the peasants with the pitchforks storming the castle. The party nominee, George Bush, was wrapping up the meeting of the Bundestag with his acceptance speech.

“Oh Peter it was us! We weren’t fighting. We were screaming at George Bush. We had the windows open. Sorry.”

Peter seemed to doff his hat, “I agree, Dahlin,” and waddled back to oiling his lawn mower.

In 1998, Peter and his wife of 50 years, a beloved seamstress in town, died within a day of each other and left their small house to their son. Tom was always sweet to us for being good neighbors to his parents. He kept an eye on our house when we were on the road. Once when I got back from a road trip at 2 a.m., I parked the car and tiptoed by their open windows. I heard him in his room say to his wife in her room, “Kate’s home.”

Chronic back pain from a serious accident made him a night owl, a sports fan and political junkie. He was always watching some Boston sports team or Fox News on TV. Despite his limitations, he managed to work in his garden. Like his father, he grew gorgeous lilies and outrageous vegetables.

We talked a lot over the fence. We faux-fought about Boston and New York teams. He was mostly open-minded about the gays. To us anyway. We could talk town and state politics but after several awkward tries, we steered clear of national politics. Party politics were a no-try zone.

In 2008, when John McCain announced his running mate, Tom couldn’t resist coming over and gloating about Sarah Palin. My dear partner did not share his enthusiasm for “Dan Quayle in a ponytail.” They had words in the driveway. After a half-day cool-down, they apologized. His peace offering was zucchini. Ours was mint chutney.

I don’t think I suggested we build a fire pit so we could sit out on our lawn chairs, talking late on autumnal evenings. I did suggest he think it over and get back to me. He didn’t need to think it over. He said that he didn’t think he could physically do it. I detected a touch of regret. Or I was projecting.

As this Memorial Day signals the beginning of summer, I realize those were the good old days.