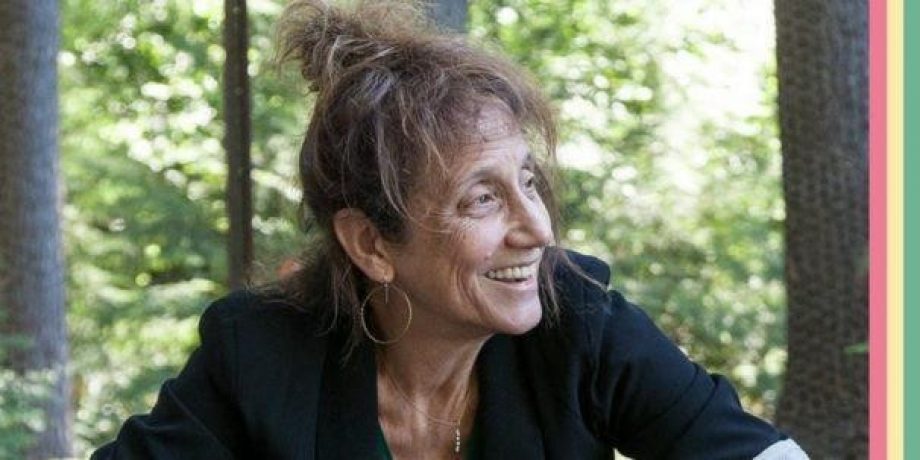 OVER 200 CHOREOGRAPHERS and dancers from 38 countries descended on the Lower East Side of Manhattan in late January for the second-ever Women in Dance Leadership Conference, the brainchild of choreographer, dance educator, and film producer Sandra Shih Parks.

Hosted by NYU Tisch School of the Arts and the Danspace Project, the conference had its origins several years ago when Parks was on the dance faculty of Louisiana State University, Baton Rouge, and noticed that the heads of all the dance companies and theaters in the area were women. She envisioned a conference where the women could come together and challenge what she saw as a different kind of “sexism” — the expectation that dance had to be “pretty, feminine, and cater to young audiences.” She wanted to provide an opportunity for dance leaders to move in “deeper, conceptual, more avant-garde” directions.

Parks decided to run the idea of a conference past visiting icon, Liz Lerman. Choreographer, performer, writer, teacher, MacArthur genius and creative visionary, Lerman is known for inviting everyone into her creative process, from physicists to shipbuilders to construction workers. In the research for one of her most inventive, multimedia works, The Matter of Origins, she put dancers in the tunnels of the Large Hadron Collider at the CERN Lab near Geneva.

That “Me Too” Moment

At this second ever conference (Parks held the first in Baton Rouge in 2015), slender, graceful 70-year-old Lerman, hair banded but untamed, took to the stage as opening keynote speaker. She began her talk by focusing on our shared “Me Too” moment. Reaching back to the mid-1970s, when she started her company Dance Exchange, she read from her unpublished essay:

As a young artist I used to get so tired of telling people what I did as a profession, and have the leering begin. I could pretty much count on lewd comments, a change in the way the man I was talking to might look at me, moving his gaze from my face to my chest and crotch…I began to work hard on desexualizing my encounters. I must have succeeded because I had a lighting designer say to me while I was still in my twenties, ‘You’re the most asexual woman I have ever worked with.’ I took it as a compliment.

“I write this today in part because of all the revelations of men of my generation going down for sexual harassment. I’m glad for the future but a little sad for the past.

“What might I have been like and where would I have ventured as an artist if I hadn’t felt those constraints on a daily basis?,” she asked. “I love my work. I love what I’ve made. I’m joyful at the stubbornness to stay with narrative, to stick with storytelling, to combine the world of the body with so many other worlds. I don’t regret it,” she continued, her voice breaking.

“But I do wonder if my intellectual and thoroughly conceptual bent was in part a way out an escape from the daily harassment and a formidable way of saying, ‘See me, see us for more than our bodies.” She did this, she went on, “even as I built my life with my body.”

Lerman quickly recovered her composure and took us on a journey not only about what support dancers and choreographers can offer each other, but what choreographers can offer the rest of us. Observing how design thinking has begun to be adapted to realms other than design, she conjectured that choreographic thinking had the potential to do the same thing. “Our world is in motion, everything is moving, the ground we’re standing on is shifting, our institutions are shifting, the way we think about so many things is changing,” she said. “If people had the skills that we had as choreographers, it could be amazing.”

Lerman’s Critical Response Process, formally defined as “a method for giving and getting feedback on work in progress, designed to leave the maker eager and motivated to get back to work,” is a case in point. Created by Lerman some 25 years ago for dance, the process has been adapted for use by educators, scientists, theater companies, conservatories, museums, universities, corporations, and more.

Can We Achieve Aesthetic Equity?

An important aspect of Lerman’s presentation was her insistence that we must work to achieve what she called “aesthetic equity.” To her, that relates to what we have decided “is at the top, which of our body types, which of our cultures, which of our stories,” as well as what are we willing to do to change that paradigm, to reach the equity goal.

One step involves “changing the shape of things.” Lerman is known for diversifying her company by bringing in older dancers in their 60s, 70, and 80s. “I am sometimes credited with idea that old people can dance,” she told us, laughing. Actually, she added: “Old people have been dancing for thousands of years. I just happened to remember it, at a narrow little moment in history in one country, with one kind of dance form performed by certain kind of people.” But what she did “required a new shape,” she explained, and it caught on, noting that in time, “Bill T. Jones did a piece with his grandmother.”

Some institutions, she continued, hold onto their shapes for too long, which poses a great obstacle to aesthetic equity. When she was growing up, she said, I was told that if I learned classical ballet, I could do anything. Classical ballet was the essential “dot” — she thinks in terms of dots. She learned it well, performing for President Kennedy, but there was a cost. “I had to change my shape, literally, to get into it. It required a whole re-molecularization of my body.” Maybe classical ballet and all it requires, then, is not the right essential dot, she concluded. Achieving aesthetic equity may require something “completely different,” a new essential starting point.

Presentations, Performances, and Films..Oh My!

Following the keynote, the participants — mostly but not exclusively younger women, ambitious, energetic dancers, choreographers and educators from all over the globe — had the choice of a host of offerings. There were panels on female leadership and cultivating audiences for female dancers; master workshops; paper presentations (e.g., “Women at Work: The Politics of Process and Production”); a program of nine dance-on-film shorts; and three evenings of performances (seven each). The films and performances were selected by a review committee, from more than 760 submissions.

Among the films, Andrea Ward’s A World of Forms, recorded underwater, was intriguing (another of her short films, Still Light, had been screened at the 2016 Lincoln Center Dance on Camera Film Festival). Anna Heighway’s film Move About It celebrated the enduring meaning of dance in the lives of four older women members of Heighway’s UK based Yama Dance Company. The UK’s leading Kathak (major Indian dance form) dancer Sonia Sabri’s NuBody was an abstract meditation on being a Muslim woman, on, in her words, “the death of one ideology of women and the rebirth of another.”

Among the 12 performances I saw, the stand-outs were Strata, a contemporary ballet choreographed and danced with velocity and verve by three women on point — Tiffany Mangulabnan, Jordan Miller and Amy Saunder, founders of a company called konverjdans. There was Battledress, a humorous piece on women’s presentation (one dancer communes with an oversized high heel) by Jenny Rocha, a teaching artist at BAM who focuses on choreography and costume design. Ruff Celts was an exhilarating piece with ten performers and men in skirts by Berlin-based Marguerite Donlon, former dancer with the English National Ballet and Deutsche Oper Berlin.

Planted, by Sivan Peled (former tank driving instructor in the Israel Defense Forces), featured women struggling to be born out of bales of hay, while Kesha McKey, Artistic Director of KM Dance Project in New Orleans, choreographed a stunning piece called Boschimanne: living curiosities. Danced by Catherine Caldwell, Chanice Holmes and Kehinde Ishangi, the piece begins with the impression of a slave auction and ends with the three African-American women facing us, loud and strong, embodying a ferocious demand for change.


World of Forms from Andrea Ward on Vimeo.

The same struggles emerged as emerge in discussions about achieving women’s leadership in so many other fields — from finding work-life balance to how to be heard in a room full of men to having the confidence to command the room. There was wide agreement that the model of choreographic leadership was changing, with women leading the move from classical ballet’s authoritarian model of leadership to a collaborative model based on communication and shared input in the creative process. But while agreeing that collaboration is good, there was also acknowledgement that leading human beings is hard, and that making change takes courage, like the courage of the pioneers who had to say: “That’s wrong; do it this way.”

There was talk of the importance of providing young dancers with mentors and the need to create a new value system of what success looks like, that is, to urge young people to value their art, even if it doesn’t fully pay the rent, and to take an entrepreneurial approach to how they make their living. There was talk of widening the “dance ecology of female leadership to include female funders, executive directors, critics, curators.” And the discussion addressed the importance of lineage, of retrieving dance’s lost history, especially the history of the contributions of women of color to dance.

In the Q&A session at the close of the workshop, one participant raised some provocative questions. “What’s the alternative to women’s leadership as warm and cuddly?” she asked. “What’s your wildest vision? What if we weren’t scared on the street any time of the day or night? What if I didn’t have to make room for men to feel bad if I called them out? What if I didn’t have to speak louder to be heard better? What kind of aesthetics would come out of that?

Those are questions for the future.  And clearly, there are challenges ahead. But the women who are moving into dance leadership are meeting those challenges — creating their own dances, out of their own experiences, in their own companies, embodying their own aesthetics, making room for different shapes and different visions, a different view of the past, and a new future.

For those of us privileged to watch, the changes they make are likely to change us, too.