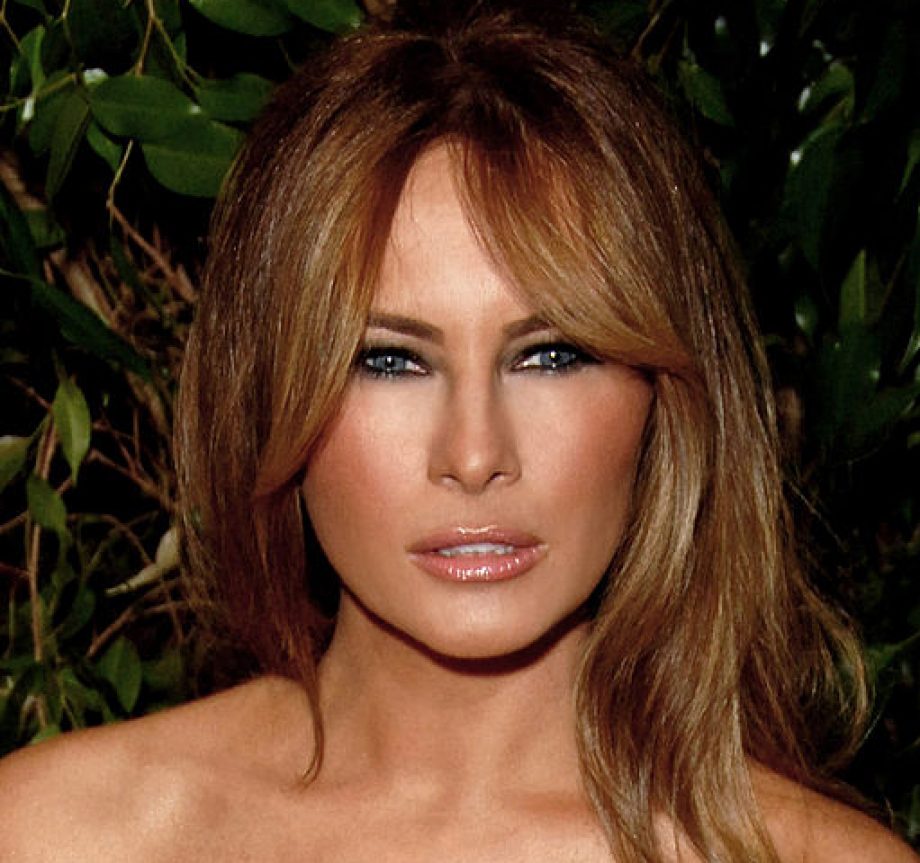 Slut-Shaming Versus The Male Gaze

Am I a Slut-Shamer or just another feminist?

THERE ARE A few photos of a nude Melania Trump being passed around the web. I consider them to be feminist viruses that scream “click me.” They are invading our Facebook pages and our psyches.

These images are examples of the classic feminist concept called the Male Gaze, a term created by Laura Mulvaney in 1975. Mulvaney’s  academic framework was brilliant and enabled us to finally analyze cinematic imagery with a feminist eye.

What is the Male Gaze? It is the male point of view. We see the male gaze in pornography, comics, movies, and billboards. It is the lens through which we peer when seeing women and girls depicted for male consumption.

A good example of the Male Gaze are the sexualized images of Marilyn Monroe. Ms. Monroe portrayed a woman in numerous movies as a mix of sexuality and girlish innocence. Monroe was pre-feminist cultural definition of the desirable female. Without success she fought this description of herself because she wanted to have good roles with dramatic depth.

Unfortunately, with the women’s liberation movement too far into the future for her, she couldn’t break through. Monroe stays forever embedded in the patriarchal milieu of pre-feminist movie-making.

When I first saw the images of Melania Trump I couldn’t help but to apply the Male Gaze and I critiqued them for what they are: images for men.

Then I posted them on Facebook and commented that our girls really didn’t need to see these pictures of a First Lady.

And that’s where the Slut Shaming cudgel came flying through the web to try and knock me out.

But, I was ready with my Wonder Woman power cuffs and deflected the assault.

Am I a Slut-Shamer or just another feminist?

The accusation of Slut-Shaming can be seen as a way to silence a woman for criticizing the patriarchal male gaze.

We are in an election where we have the chance to break the all male deadlock in the Oval Office. It is the first time we have a female nominee for president who has a good chance of being President. It is interesting these images have surfaced at this time.

The presence of these photographs challenge us at this historic point in time; Are we ready for a woman President or do we want to keep women as simply sexual beings?

The photo I posted, when I got my slut-spanking, had layers of meaning any progressive feminist would be excited to dissect and analyze. Let’s give it a try.

Melania is nude and lying provocatively on a bed with tousled white sheets. She looks alluring and is staring straight at the camera – at us. We are looking down at her. Her body is vulnerable with spiky high heels that would hobble her if she tried to leave. Her jewelry consists of two heavily jeweled cuffs on both wrists and a jeweled choker around her neck. This bed is owned by someone. Her? I don’t think so and here is why. She is on the bed, but she is handcuffed to a man’s briefcase. Who has the key? The owner of the briefcase. The owner of the bed. The owner of her.

She is chained to him, capitalism, money, and patriarchy. If images could talk this would say, “If you have the money you can have me too.

I’m a feminist, sure I can criticize it.

Some say Trump is the bigger issue and these photos are minor compared to what he could do to our country if he becomes President. In a world where male presidents lord over us as the ultimate power image, with wives as appendages, yes he is the bigger issue.

However,  these images will trot alongside the images of an all male presidential ticket reinforcing an unequal relationship of power and gender.

And as a feminist mother I have a job to do. I have to help my pre-teen navigate her way through this country and show her how to criticize the images of semi-nude women and yes, provocative images of girls, from television to the streets of my city. (Last night’s stroll along Sunset Boulevard brought me to a towering image of a young woman in a tight bathing suit with butt cheeks exposed. )

Our daughters now stand at a moment in time where they can hold in their young minds images of a female President when deconstructing the images of the Male Gaze.

A teen girl has to grow with a sense of her own power that is not sexual power.

But, thanks to the New York Post, if Trump wins, we have more images of the potential First Lady that will be very visible on the internet. The recent photos of Melania from the 1990s show her acting as a lesbian vixen and as a wet and waxed nude woman with no real pubic hair (an encouragement of pre-pubescent female sex). These clearly compound the problem ahead.

I didn’t slut-shame Melania Trump. I criticized the image with a feminist point of view.

As a thinking person I have to allow myself to entertain the possibility that Melania could be First Lady.

A girl’s discovery of these photos on the internet coupled with the fact that every single President in our history has been male is a tangled web of gender, power and sex that will have to be confronted if Trump wins.

And that’s just pondering the result of girls (and boys) seeing these images here in the United States.

What will children in other countries think?

This isn’t slut-shaming. This is a feminist issue. Keep talking.